Plans showcasing the emerging design for the redevelopment of Alexander Stadium have been published, as public consultation begins. 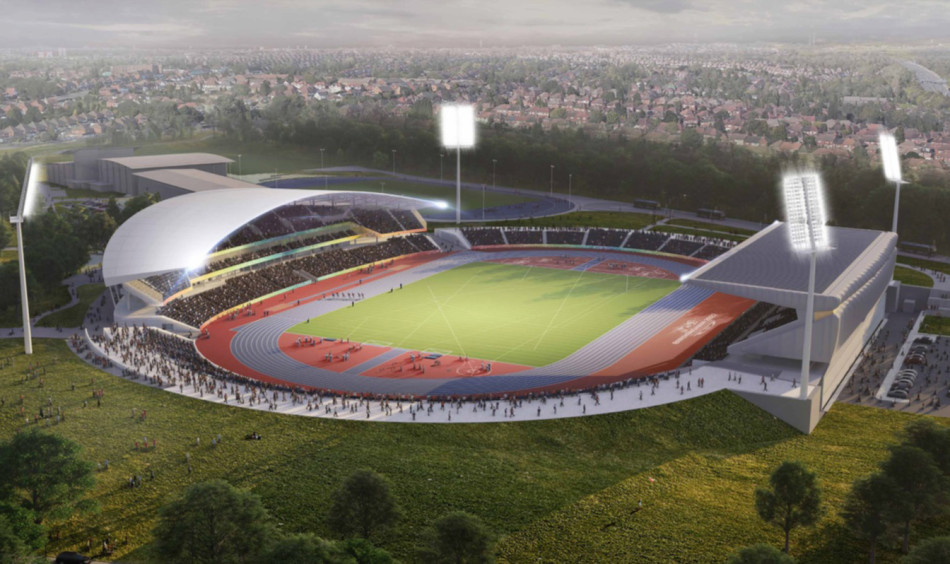 New artist impressions of the stadium have been released revealing Birmingham City Council's intentions to create a legacy asset the city and its residents can be truly proud of. The venue at Walsall Road, Perry Barr, will be the focal point of the 2022 Commonwealth Games, hosting the Opening and Closing Ceremonies, as well as the athletics programme.

The redeveloped Alexander Stadium will increase its permanent seating capacity from 12,700 to 18,000 allowing up to 40,000 during the Games through additional temporary seating. The proposed £72m project will also see the stadium transformed into a centre of sporting excellence at a local, regional and world-class level.

The design will facilitate the temporary 'Games overlay' elements and additional infrastructure needed to deliver the 2022 Games. Further detail regarding the Games overlay will be consulted on at a later date.

Demolition of the current west stand within the stadium is subject to a separate application which will be submitted to Birmingham City Council in summer 2019.

Members of the local community were encouraged to attend the consultation events that were held at Alexander Stadium 21 and 22 June, where they were given an opportunity to meet members of the project team, view the indicative plans and provide feedback before a planning application is submitted in the autumn.

Cllr Ian Ward, Leader of Birmingham City Council, said: "We're now in an exciting phase of the design process, where we would like to share our plans for the future with the community and hear their thoughts. The team has designed a redeveloped stadium, which will meet the needs and aspirations of the community for generations to come. This is about creating a destination venue, shaping a legacy beyond the Commonwealth Games. We are making lots of information and detail available, so I encourage as many people as possible to come along, have a look at the designs and provide their feedback"

Subject to gaining planning permission, the redeveloped stadium will be ready ahead of the Games, which will take place between 27 July and 7 August 2022.