by Football Foundation
in Synthetics and Football
on 26 Oct 2019

Footballers at Killingworth Young People's Club (KYPC) no longer need to traipse around Northumberland for training and matches thanks to the opening of the club's new full-size floodlit 3G artificial grass pitch at Amberley Park recently. 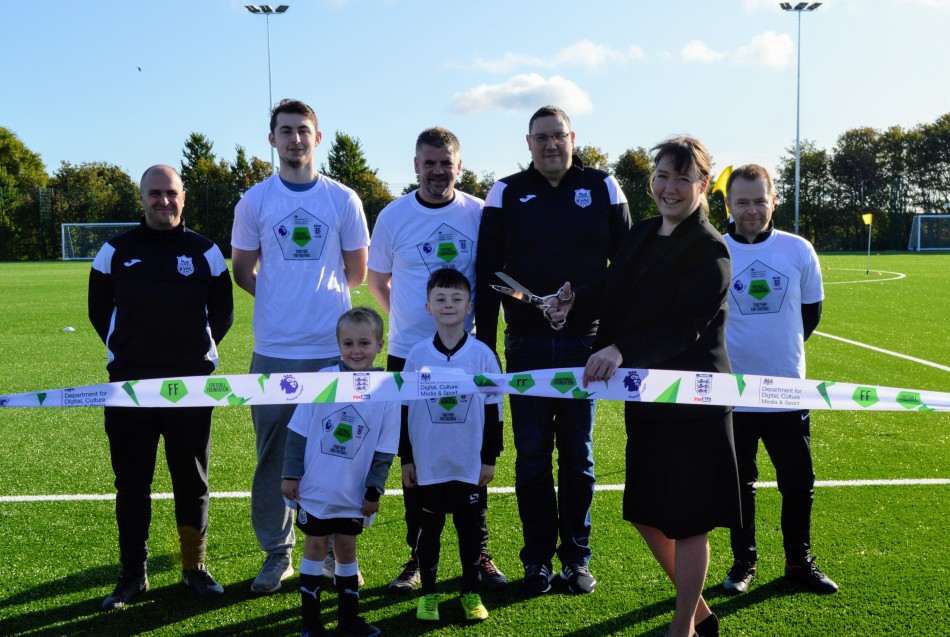 The new pitch was made possible thanks to investment from the Premier League, The FA and Government's Football Foundation, as well as contributions from North Tyneside Council and KYPC.

After netting a £499,496 grant from the Football Foundation, work began at the site in June 2019. The new pitch will benefit players at KYPC as well as several local clubs and organisations including: Forest Hall Juniors, The Pinpoint Recruitment Football League, Amberley Primary School, Bailey Green Primary School and George Stephenson High School.

The addition of the all-weather pitch will ensure that KYPC's players no longer have to travel between five different sites for training and matches. In addition to this, the pitch can be used all year round in any weather conditions, which will ensure games take place regularly and help to prevent the drop out of players that is usually triggered during the harsh winter months.

It is anticipated that the new 3G pitch will support nearly 1,700 people playing football at Amberley Playing Fields over the next five years. With focus on increasing female participation, the number of women and girls playing football is expected to grow from 180 to 456, which represents a 153% increase.

As a focal point in the community, KYPC has engaged with numerous partners to focus on the development of female and disability football. Northumberland County FA, Active North Tyneside and the Newcastle United Foundation will all assist in expanding these areas.

Councillor Sarah Day, Cabinet Member for Culture, Sport and Leisure, said: "I am always delighted when the council is able to support improvements to community sport facilities that promote increased physical activity. It is very clear that this is a facility that is run by a really engaged and thriving community group and every member of Killingworth Young People's Club should feel very proud of how far they have come and the facilities that they have helped to develop."