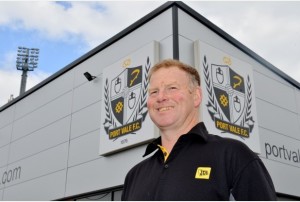 Port Vale's head groundsman Steve Speed has revealed the Valiants would have to spend around £450,000 for a modern pitch to prevent having games called off like last night's League One home match with Swindon.

He has hit back at criticism of himself, his groundstaff and the club after the Swindon fixture was washed out for the second time this month.

Speed, who has been on the groundstaff since 1979, and head groundsman for the last 25 years, says Vale's pitch is more vulnerable to the weather than Football League rivals who have moved to new stadiums with state-of-the-art pitches, or been able to afford to spend money on their existing surface.

Chairman Norman Smurthwaite has revealed he has put in his own money to support the playing budget this season during a campaign in which the club has also installed new floodlights to meet Football League standards.

You can read the original article from The Sentinel HERE