Borehamwood Youth FC officially unveiled their completed grass pitch improvement works recently. The regeneration of the club's pitches at Cass Park was made possible thanks to investment from the Premier League & The FA Facilities Fund, which is delivered by the Football Foundation. 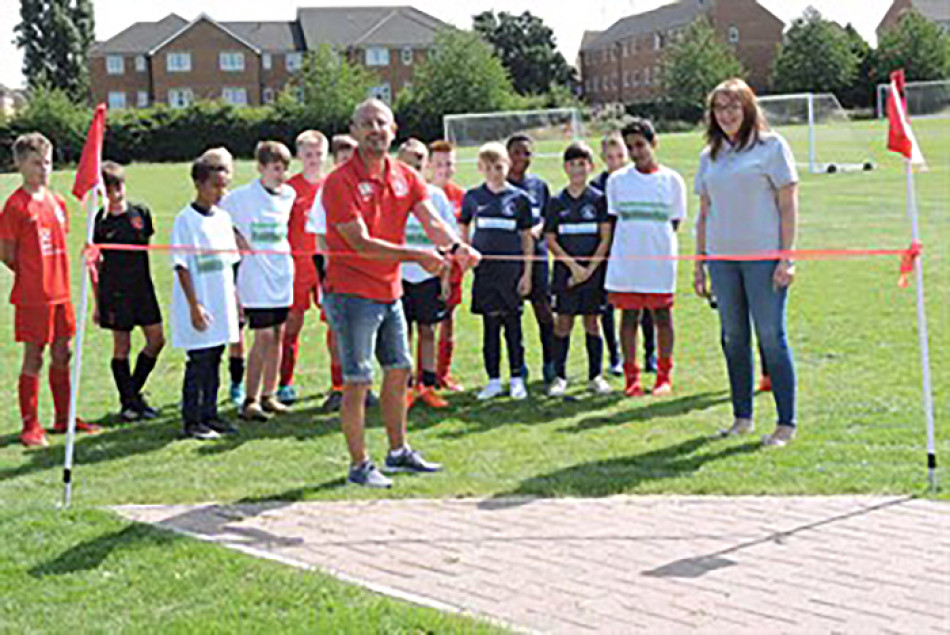 The grant enabled Borehamwood Youth Football Club, who play in the Watford and Herts West League, to provide safe, well-drained pitches, which will be able to cater to the demands of all their teams. The improvement works helped to renovate pitches for various age groups, including: mini-soccer, nine-a-side and full-size.

Work was undertaken at Cass Park to address the poor drainage capability of Borehamwood Youth FC's pitches, which were often prone to waterlogging during the inclement British weather. In addition to this, the club's pitches suffered from surface undulations, meaning they failed to meet FA Performance Quality Standards.

Borehamwood Youth Football Club were awarded a £99,702 grant from the Premier League & The FA Facilities Fund towards the project. The club worked alongside the Football Foundation and the Herts FA to compile a five-year Football Development Plan, which is a vision of how sport will be played on site with an emphasis on increasing participation.

Since 2000, the Football Foundation Funding Partners' investment has provided 207 grants worth £10.8m towards grassroots sports projects worth over £19.4m across the whole of Hertfordshire.

Faye White, former Arsenal and England defender and Football Foundation Ambassador, said: "Growing up I would watch my dad play on a Saturday and my brother's team on a Sunday - I can remember seeing them both play on some really bad pitches, but it was part of the game I grew to love. This carried on through to my early playing days when I joined my first girls' team.

"I think it is brilliant that the Premier League, FA and Government recognise the importance of improving grassroots facilities to help develop and shape the future of our national sport. I'm sure the improved grass pitches at Borehamwood Youth FC will play a huge role in helping to grow the club.

"Being a parent myself, I think it is great to know that my two sons and the next generation of children will have better facilities available to them if they want to play football. I'm actually quite envious of some of the fantastic pitches that youngsters get to play on nowadays!"

Aaron McIntosh, Chairman of Borehamwood Youth FC, said: "The grant for the work which has been completed at our club has made a tremendous difference to the kids' safety and frequency that they can now play, we would like to thank the Football Foundation for the grant."