by Football Foundation
in Funding and Football
on 02 Apr 2022

The Premier League has announced increased financial support for clubs throughout the football pyramid to make improvements to their stadiums. 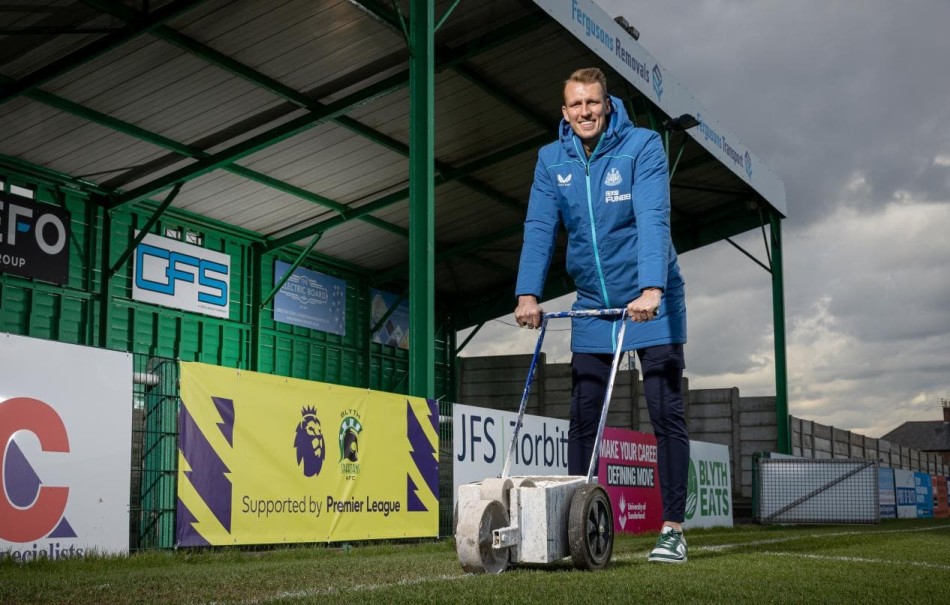 Grants totalling £16 million are being made available to clubs in the National League System and women's football pyramid between now and the end of next season. This is more than double the existing annual investment provided by the Premier League to support ground improvements for lower-league clubs.

Premier League Stadium Fund grants will enable clubs to invest in projects to develop many aspects of their grounds, including the ongoing improvements required for stadiums to meet the requirements of the league that clubs play in.

The Premier League will also provide specific support for clubs in their recovery from the impact of COVID-19, helping them to enhance links with their local communities. These grants will allow clubs to develop areas such as clubhouses, hospitality areas, catering and other facilities to benefit fans and increase revenue streams to build larger, more sustainable clubs. Applications for this club development fund will open on Wednesday 6 April, with more information on all Premier League Stadium Fund grants available at premierleague.com/stadiumfund.

Premier League Chief Executive Richard Masters said: "The strength of our football pyramid is unique in world football and the Premier League has a long-standing commitment to provide funding for clubs at all levels.

"With our increased financial support, we are helping clubs plan for the future and improve their long-term sustainability. This is particularly important as they recover from the financial impact of the COVID-19 pandemic.

"We know how important it is for the Premier League to support all levels of the game. Football clubs are vital to local communities and we hope this funding will help them develop multi-use facilities to support football for the whole community."

This is the latest financial commitment from the Premier League to lower-league, non-league and women's clubs. Since 2000, the League has provided more than 5,200 grants worth over £177 million to support the development of stadiums and fan-engagement projects at all levels of the game through the Football Stadia Improvement Fund (FSIF). The Premier League Stadium Fund takes on the existing work of the FSIF with an extended remit.

The new Premier League Stadium Fund is part of the £1.6 billion the Premier League will invest between 2022 and 2025 to support communities and the wider game.

The announcement follows this year's Non-League Day, which the Premier League and its clubs supported in a number of ways. Visit premierleague.com for new content, including Newcastle United's Dan Burn visiting his hometown club Blyth Spartans, who are one of more than 3,000 teams to have benefitted from Premier League funding at lower-league stadiums over the last two decades.

The National League North club has improved numerous facilities thanks to Premier League funding over the years. This includes a new stand, turnstiles, pitch barriers and a viewing area for disabled fans. They also benefited from the Premier League-financed Matchday Support Fund, which provided £5.5 million of grants to help more than 1,000 clubs during the pandemic.

Blyth Spartans Chairman Tony Platten said: "When I inherited the club back in 2000, there was almost no infrastructure here at Croft Park and we were in danger of being chucked out of the league because the ground wasn't up to standard.

"Funding from the Premier League has allowed us to develop the ground to the standard it's at now, which we think is one of the better grounds in our league."

Another club to have received several rounds of Premier League funding to improve their stadium over the last two decades is Long Eaton United, who play in Step 5 of the English football pyramid in the United Counties Football League.

Long Eaton United Director Nick Dargan said: "We have benefitted from several Premier League grants over the years, which have helped with a number of stadium developments. This ranges from the pitch perimeter to the players' tunnel, car park developments and club house improvements.

"As well as funding other developments ourselves, we have been lucky enough to receive grants from other sources. The real game changer for this football club was the 3G football pitch, which the Premier League also helped finance. That's in use seven days a week and is really important for the whole community."

Clubs that play at Step 1 to 6 of the National League System and Tiers 1 to 4 of the Women's Football Pyramid are eligible to apply for grants through the Premier League Stadium Fund.

The Football Foundation will manage the administration of the grants to clubs. Applications to the Premier League Stadium Fund for the usual stadium improvements and developments (those previously available through the Football Stadia Improvement Fund) will open on Wednesday 30 March and clubs can begin the process by visiting premierleague.com/stadiumfund.

Expressions of interest from clubs to be able to apply for club development funding on projects which boost revenue streams in the recovery from COVID-19 will be available from Wednesday 6 April until Friday 29 April.