by External source
in General Interest
on 04 Jan 2020

The Duke of Cambridge has launched a campaign that aims to harness the power of football to generate "the biggest conversation ever" about male mental health.

Every major footballing body has joined forces to support the Heads Up initiative that will encourage football fans to take simple steps towards improving their mental health.

For the first time, every third round FA cup match will kick-off one minute later than scheduled after a 60-second film is broadcast to packed stadiums, urging supporters to "take a minute" to take action on their mental health.

It comes as a YouGov poll commissioned by Public Health England showed that men were far less likely to look after themselves when suffering from mental distress.

The campaign forms part of the younger royals' hugely successful Heads Together campaign that was launched in 2017 and masterminded by the Duchess of Cambridge.

The Duke, who is president of the Football Association (FA), said football was "one of the most powerful, unifying forces in our society" and expressed hope that the five-month project would take another step forward in "shattering the stigma" that surrounds mental health.

Nadine Dorries, the mental health minister, said: "It is vital that every person feels able to speak honestly about their mental health and wellbeing - and reminded that it's okay to not be okay.

"We know men in particular often find it harder to admit they are not coping and can feel like there is nobody they can speak to. I'm confident this partnership will help reach an audience who might otherwise not realise there are little steps they can take themselves to look after their own mental health." 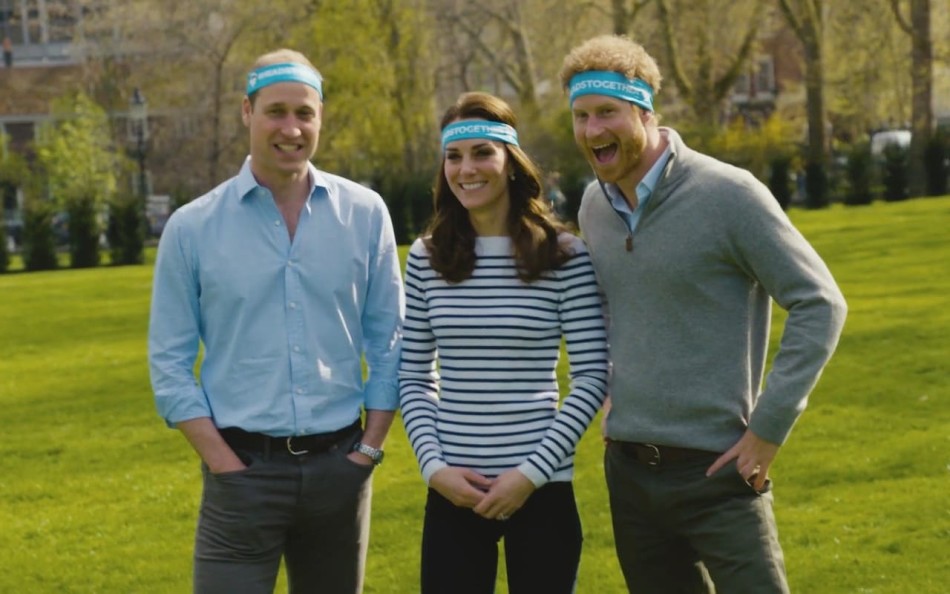 In it, the Duke says: "In life as in football, we all go through highs and lows. We can all sometimes feel anxious, or stressed. At moments, even the little things can seem a struggle. But we can all start to change things."

Football fans will be encouraged to get their own "mind plan", a free tool on the Every Mind Matters website hosted by Public Health England, which is also behind the initiative.

This involves "taking a minute" to answer a few questions about how they are feeling before generating a personalised action plan that aims to prevent common concerns escalating by dealing with stress, boosting mood, and improving sleep.

Matt Hancock, the health secretary, said: "Just like physical health, mental health is an asset that we all must take practical steps to build, nurture and strengthen.

"This film is a great way to encourage us all to stop and take a minute to reflect on our mental health, helping to generate conversation and normalise mental health and give people more opportunity to speak up if they are struggling."

The FA Cup final in May will be dedicated to Heads Up as will all matches held over two weekends in February. England's match against Italy at Wembley on March 27 will also be used to shine a spotlight on the initiative. The BBC will broadcast a documentary following the Duke as he works on the campaign with the FA to raise awareness of male mental fitness. It will feature the stories of men who have been affected by mental health as the Duke discusses the issue with both fans and footballers.

It comes as Chris Barker, 39, a former Cardiff City defender, was found dead after apparently taking his own life. The father-of-one, who also played for Barnsley, QPR, and Plymouth, is believed to have killed himself on New Year's Eve. He had previously told how he had struggled to come to terms with the death of his father from motor neurone disease when he was just 21.

In the YouGov poll, 78 per cent of men said they had experienced early signs of mental health concerns last year, while 45 per cent had not taken any "self-care" action - such as talking to someone, or taking exercise to boost their mood.

Just 31 per cent of women in the same situation did not take action.

Men were also less likely to make time for self-care, with just 18 per cent doing so daily compared with 24 per cent of women.

Overall, the poll of 3,373 adults found women were more likely to report having suffered early signs of mental distress in the last year, with 88 per cent saying this.

The Duke of Cambridge said: "Over the course of the next five months, Heads Up will use one of the most powerful, unifying forces in our society - football - to spread the message that we all have mental health, just as we all have physical health."

"Our ambition is to start the largest ever conversation on mental health and to ensure there is a lasting mental health legacy for the game in this country. I hope Heads Up can help us all take another big step forward in shattering the stigma that surrounds mental health."

Gareth Southgate, the England manager, said: "I know what an important role football can play in driving positive change in society so we're proud that our fixture against Italy at Wembley Stadium on Friday March 27 will be dedicated to the Heads Up campaign. Hopefully this will provide another platform to generate open and honest conversation about mental health and well-being."

You can read the original article from the Telegraph here