0 Productivity and proven reliability from Toro at Stowmarket

As part of a significant investment project, Stowmarket Golf Club has committed to its first fleet deal with Toro and distributor Reesink Turfcare. 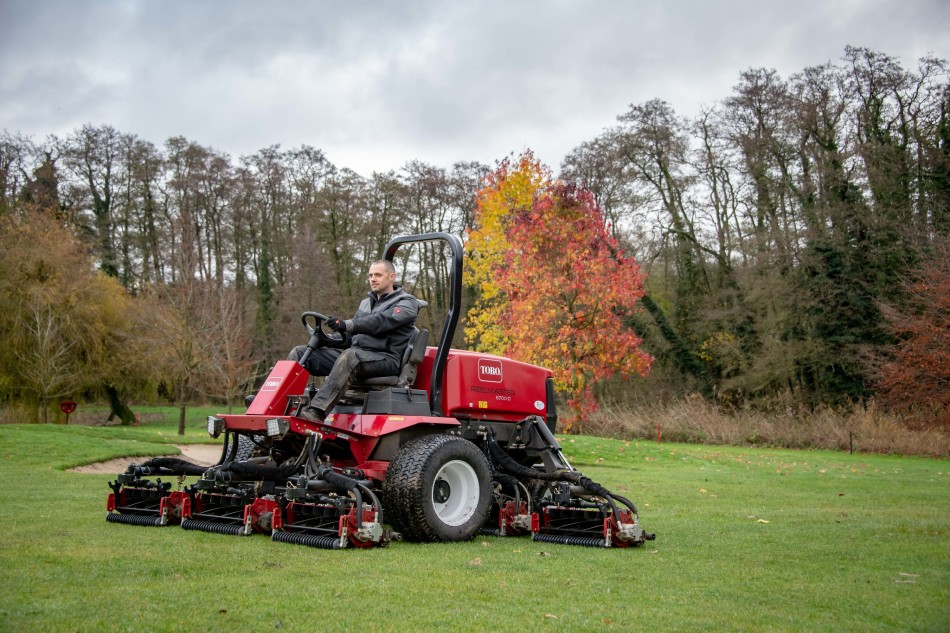 Stowmarket Golf Club, set in the beautiful Finborough Park in Suffolk, has long been a Toro customer, but this is the first time it has bought multiple machines together.

Matt Gill, who has been at the club since 1989 and course manager for the last 13 years, says: "We're investing in the future of the club and Toro is very much a part of that. We're focusing on making sure the course can stay open for play all year round. We have been making improvements, enlarging our tees, overseeding fairways and improving the drainage and pathways. Not only are we keen to ensure that our members can play all year round, but that they can play uninterrupted for as long as possible each day, which is an area where Toro is key.

"In this deal we're replacing our existing Reelmaster 6700, a machine that has performed consistently and constantly for 11 years, ensuring we're always ready for play by 9.30am. I wanted the continuity of Toro and although the old machine is still going strong, we demonstrated a number of five unit machines but opted for the wider machine again, ensuring minimal disruption and increasing productivity."

As well as a new RM6700, Matt has chosen a Workman HDX-D utility vehicle with a Multi Pro 200 sprayer and Pro Pass 200 top dresser, about which Matt says: "We've been thinking about how to tackle the pitchmarks on a regular basis and the solution is to use the Toro Pro Pass top dresser. Since the multi-tasking Workman and top dresser arrived we've made great savings in the time spent applying sand and incurring much less disruption as we do it."

Matt explains the value the new sprayer and top dresser will have maintaining the club's recent investment in the fairways: "We've heavily invested in the fairways in the last two years due to the drought and it's important we safeguard that investment. The ability to easily transform the Workman into either a utility vehicle, a precision sprayer or an effective top dresser in only 20 minutes is going to be particularly useful for that and ensuring optimum grass growth."

Matt has been buying Toro machines for over a decade, throughout which time Toro's longevity, productivity and value has been proved time and again. "We've stuck with Toro for as many years for good reason, they provide us with the productivity we need to get the job done," he says.

"We can also vouch that Toro's longevity is unmatched which has been a major factor in our decision. Working with Reesink, and in particular Reesink's area manager Julian Copping over this time, has been like working with friends, that's why we're now making this investment with Toro in our first fleet deal. They really are the company to beat."