0 Profits vs. safety: What new findings about FieldTurf tell us about the future of sports 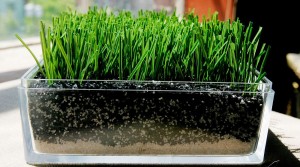 This has been something of a banner year for local reporting, especially in the state of New Jersey, where local reporting largely has been responsible for leaving Governor Chris Christie's political career - and a pretty good-sized hunk of his essential dignity - hanging in mid-air over the Hudson River.

This month, NJ Advance Media released the results of its six-month investigation of a company called FieldTurf which, between 2006 and '12, peddled artificial playing surfaces made of something called DuraSpine to school districts and parks commissions. These things cost somewhere between $300,000 and $500,000 apiece, and a great deal of the money came from the taxpayers of various municipalities. And the fields themselves wound up having the basic durability of mashed potatoes. Further, the investigation revealed that the company knew they were selling a defective product and kept, well, selling it.

The first artificial turf was laid down 52 years ago in a recreational area at the Moses Brown School in Providence, R.I. Two years later, in Houston, the Eighth Wonder Of The World slapped a bunch of it down and gave plastic grass a generic name: AstroTurf. This set off a boom in synthetic grass that lasted well into the next decade. It brought upon the sports world an entirely new set of new concerns. For example, it inflicted upon Major League Baseball the great trifecta of atrocities that were Veterans Stadium in Philadelphia, Three Rivers Stadium in Pittsburgh, and Riverfront Stadium in Cincinnati, as well as the twin Missourian catastrophes of Kauffman Stadium in Kansas City and Busch Stadium in St. Louis. In all of these places, the ball moved more quickly and more predictably than it did on what soon became known as "natural" grass.

There were other features as well. First of all, the new stuff was laid on a concrete base and players soon realised that it felt like someone was driving railroad spikes through their shins and ankles. Also, and this was a particular delight in August in St. Louis, the field became so hot that metal spikes burned players' feet and their plastic spikes melted. It was only the hand of Providence that kept one of the Budweiser Clydesdales from melting into a puddle one day during the seventh inning stretch.

And that was just baseball.

Football players had all of those problems plus the fact that their jobs required that they periodically be slammed down onto this surface, or jump on it, or get caught at the bottom of a pile of other football players. In addition, there cropped up an entirely new injury called metatarsophalangeal joint sprain, or Turf Toe, that one day will be categorized with the famous ice-hockey "gunk" in some future atlas of ancient sports-specific health concerns.

And that's not even talking about, ah, cancer.

One of the ingredients in modern artificial turf was what was called "crumb rubber," the ground-up remains of recycled tires, a suspected carcinogen. There is substantial anecdotal evidence that playing sports on this particular type of artificial surface makes you vulnerable to various kinds of cancer; it is often noted that four members of the Philadelphia Phillies who played at Veterans Stadium all developed brain cancer and died. There's currently an ongoing investigation of the link between artificial turf and cancer being conducted by the EPA, the Centers for Disease Control and the Consumer Product Safety Commission.

You can read the full article from Sports Ilustrated HERE