Golf courses find their home in a variety of places, but Provo Golf Course, based in the Turks & Caicos Islands, is on the edge of a 40-square mile island, making it one of the more unique locations, bringing with it the unique challenges of Caribbean weather. 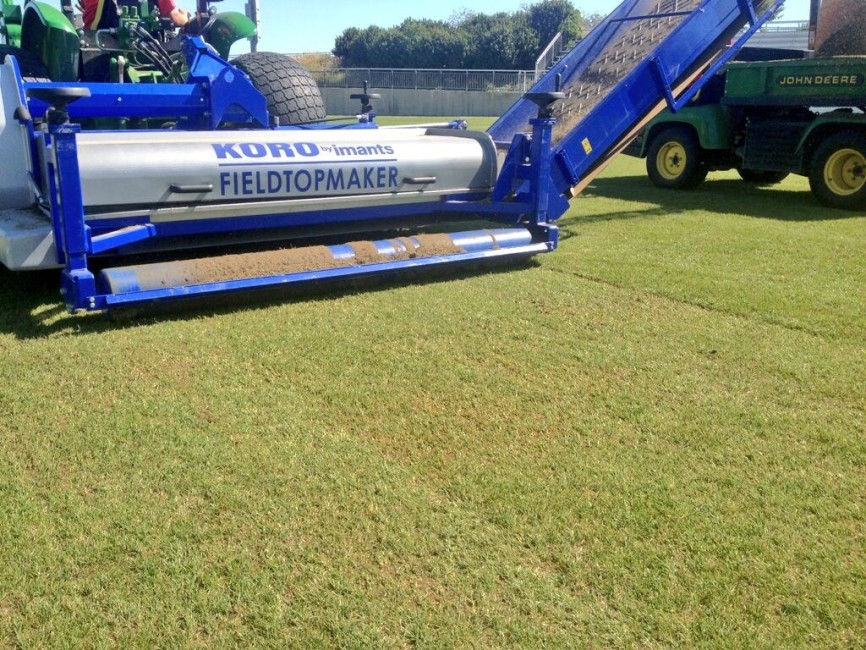 Whilst the thought of an endless summer brings golfers to the resort, the perpetual heat allows thatch to grow in vast quantities, leaving course superintendent, Tim Mack, seeking an alternative more effective machine than his current system, to remove thatch from his fairways and roughs.

Online research and further examination in person at a GCSAA tradeshow culminated in the decision to use the Koro® FIELD TOPMAKER® (FTM) with Universe® rotor, with a particular focus on removing thatch rather than removing the surface completely.

"Providenciales has an arid and hot climate. We have 365 days of growing weather (nothing goes dormant), which means we produce an ample amount of thatch," Tim explains. "Also, weed and insect pressure are high due to no eradication from temperature changes.

"In other words, everything is a perennial, there are no annuals here. Some other unique challenges relate to being on a 40-square mile island in the middle of the Caribbean Sea. We have no natural fresh water sources, so we utilize R.O. water - which is very expensive - blended with some well (brackish) and reclaimed water (brackish). Salt management is a major component of our management strategies.

"I think the Universe® rotor for the Koro® FTM® is a fantastic tool for thatch management, but currently, we are using the FTM® with Universe® rotor, for a turf conversion project, changing from Bermuda to Seashore Paspalum. After eradicating the existing turf with several pesticide applications, we were able to strip 30 acres (front 9 wall to wall) with the machine in 3 weeks, which we were very impressed by. We will use the same strategy for the back 9 next summer." 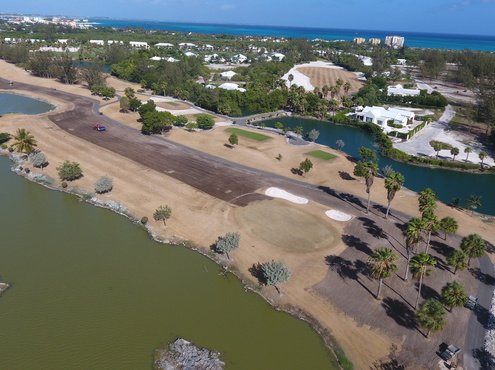 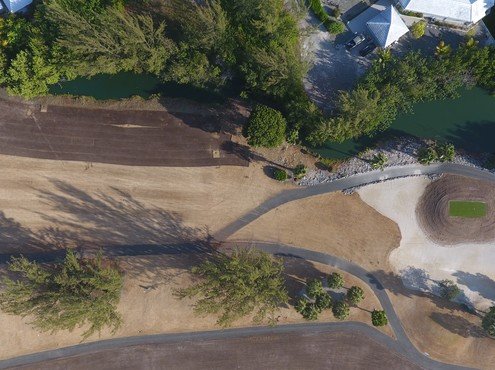 Despite the initial purpose of the machine being to remove thatch, Tim has used it on a number of other areas around the course, taking full advantage of what the patented Universe® Rotor and KORO® FTM® offer. In replacing his previous machine, he believes he now has much more powerful, efficient and cleaner end product, something that's vital for surface hygiene in a continuous growing environment.

Using the Koro® to its full extent means with the 10mm Universe® blades, I have been able to strip the first 9 holes, and with the 3mm Universe® Finesse blades we will be going into future operations for verti-cutting fairways and larger tees a couple of times a year, as well as other plans. It is a very versatile and well-built piece of equipment, and we are very happy that we chose to purchase a Koro® FIELDTOPMAKER® complete with Universe® rotor.

"We are very pleased with the efficiency and accuracy of the machine. Also, Richard Campey and his team have provided great support.