0 Pundits, players and the public

Our cover feature is an exclusive interview with Mick Hunt, the outgoing head groundsman at the home of cricket. It is a role he has performed for thirty-three years of his forty-nine years service. 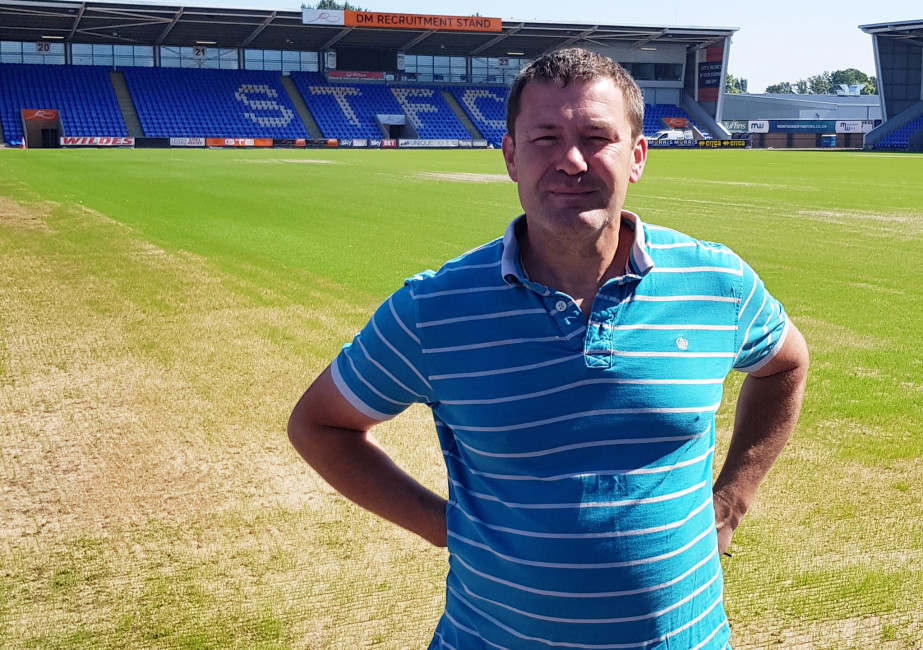 To be in the media spotlight for that length of time requires a certain mindset and no little amount of groundsmanship skills to be able to keep the pundits, players and, indeed, the public off his back. It is a role he has performed with considerable dignity.

Mick's replacement has already been announced, with Karl McDermott moving up from the Ageas Bowl. Whilst Karl will have experienced some of these media pressures working at one of England's newest Test grounds, he may find the move to Lord's somewhat more taxing in the first few months; especially with an Ashes Test to cater for next summer.

Lord's is one of the world's truly iconic sports grounds; we are blessed to have our fair share in the UK. One of those - Epsom Racecourse - suffered an 'overnight' attack of chafer grubs in mid-September, resulting in a cancelled meeting; no doubt at great financial cost to the venue.

Now we all know that chafer grubs don't appear overnight like some elite stealth force - that would require some rather high-speed crawling.

With an emergency authorisation given to Syngenta's Acelepryn in early June - for the control of chafers and leatherjackets - it was unfortunate that this outbreak was allowed to manifest.

Sadly, for those now suffering from damage, the window of opportunity to apply the product has now passed until next year, so there may well be further problems in the coming weeks across many turf facilities.

Of course, this is just the tip of a chemicals withdrawal iceberg that has seen a number of products that were considered vital to our job roles disappear. Iprodione has been a recent casualty, care of the Health & Safety Executive, with Glufosinate-Ammonium withdrawn next year and Propiconazole likely to be the next to go, probably in 2019 also.

Glyphosate, so vital in weed control, is fighting some extremely bad press and may well be withdrawn in the not too distant future. The jury is still out; literally.

Chemicals are blamed for the decline in our wildlife, most notably pollinators and small birds, and the groundswell of public opinion opposed to their use continues to grow. This will add pressure on the HSE to withdraw even more products, so groundsmen and greenkeepers still maintaining their turf in the 'old ways' will need to adapt their skills pretty damn quick in my view.

And, if all that wasn't enough, the extreme weather conditions we faced in the first eight months of 2018 added further pressure on our surfaces.

Fortunately, Mother Nature has provided us with a period of 'normal' weather in recent weeks [as I write] and, with grass being such a resilient plant, it shouldn't be long before all signs of the long hot summer will have disappeared.

It'll be interesting to see what this winter holds in store, but I can't help thinking that Mick Hunt has chosen the perfect time to retire! I wish him well.

Good luck to you all in the coming months.