The cricket season may be over and an amazing summer of cricket seems like it was a lifetime ago, but for the grounds staff who prepare the pitches there is little rest as they continue working around the clock to keep the ground pristine ahead of the 2020 season. 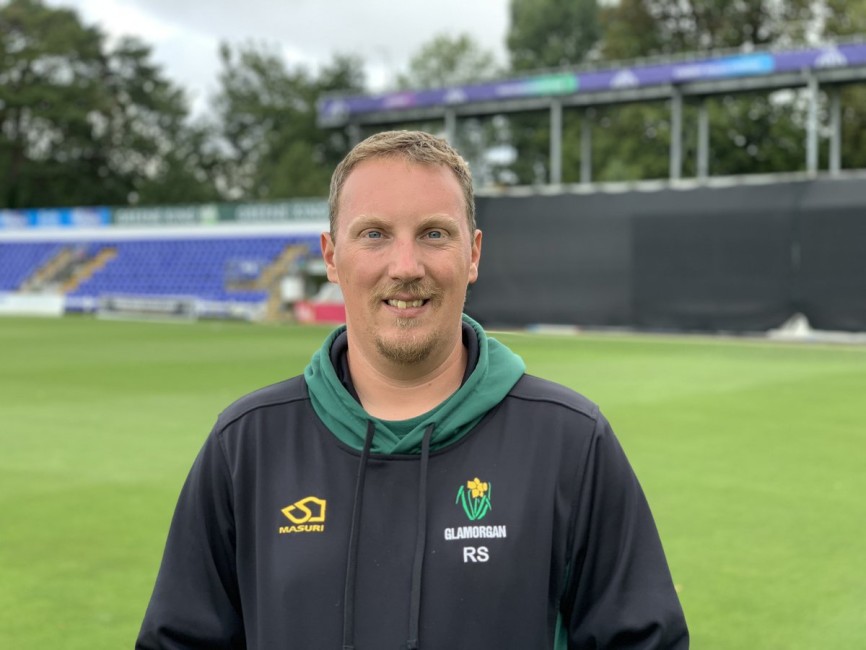 Glamorgan CCC caught up with head groundsman Robin Saxton, about his path in cricket, a crazy 2019 and pitch preparation in the cold winter months…

Working as a groundsman is quite a unique job role - how did you end up becoming one?

It was pretty much by accident. I initially wanted to become a physiotherapist, and I was studying sports and fitness at Writtle College (in Chelmsford), and a lecturer of mine who played 2nd XI cricket for Essex arranged some work experience for me at the County Ground. I did some physio work but also worked on the ground staff and never left! Casual work turned into a summer contract, which turned into a full-time deal.

I went to Clontarf Cricket Club in Ireland in 2008 for a year, and that was a really tough experience. I went from being part of a team to being on my own at an international cricket venue based at a club ground at the age of 21, and learned a lot.

You've been at Glamorgan for five years now - what have been the biggest challenges you've faced in that time?

I joined Glamorgan in 2014 after four years at Worcestershire and became head groundsman in 2015. My first game was a men's and women's IT20 double-header against Australia, and that was a real baptism of fire. We had torrential rain the night before but there were two good games and two England wins, so it was a nice way to start off.

The 2017 Champions Trophy taught me a lot. To face the criticism from the media, because England lost, was the first time I saw the negatives in this job. I was squarely blamed for England losing, and while you shouldn't have to get used to it you learn how to have broad shoulders early on. All that matters is that you've delivered what you've been asked to, and the best you can, and that's what you pride yourself on.

2019 was an incredible summer of cricket, but it probably wasn't easy on the ground staff around the circuit. What was it like for you?

When you're in the middle of the World Cup it's very difficult to step back and enjoy it, but we felt like a part of the triumph at the end having prepared a wicket that England won on and that saw a crowd go home entertained. It was a very intense period, with seven games and 50-odd training sessions in the space of three weeks.

Trying to balance working the World Cup and out grounds was tough, but I love out ground and festival cricket and the resurgence it's having. We've been quite good at that at Glamorgan, taking two games away every year (Swansea and Colwyn Bay) and this year we also went to Newport.

Balancing a game at Swansea, with the first World Cup the day after the County Championship game finished was a difficult task, but to be just up the road meant we could quickly move people and equipment back and forth as we needed. Colwyn Bay is a bit easier to manage logistically, as we take everything we need up north and send guys up about two weeks before. We then rotate on week shifts until the end of the game, and so we have everything in place for as long as we need it.

Newport was a great venue to work at, with a great club. It was relatively risk free as they've hosted 2nd XI cricket many times before, so we were comfortable with being able to advise rather than take over, and they really took the pressure off us.

David Payne bringing down the sightscreen is one of those things you never think will happen, until it does! You learn how to quickly deal with incidents like that and you can laugh about them later, but at the time you don't find it quite as funny!

We saw some fantastic cricket on the pitches you prepared - what did it mean to win the best One-Day Pitch gong at the 2019 ECB Groundsman of the Year Awards.

We were absolutely thrilled to pick up the award for the best One-Day pitches.

It was the result of a lot of hard work from the team throughout the season and I couldn't have been prouder of them.

The pitches have come a long way in a short space of time and we will work tirelessly to make sure we continue the good work.

2020 will be an exciting year for cricket - how do you go about preparing over the winter for the domestic schedule?

2020 looks like it will be similar to 2019 in terms of the pressure on the centre wickets with the Vitality Blast going straight into the Hundred, as well as the one IT20. You can make a pitch plan, but it never makes it through an entire season without changing a couple of times.

We're always working throughout the winter. We are looking at our sprinkler systems this winter, and still cutting and feeding the square. The outfield always needs renovating and working on, such is the nature of the amount of cricket played.

The start of the season gets earlier each year, so we've got less time for pitches to rest and recover before they get outside in mid-March.

Our own version of pre-season starts around the first or second week of February, managing temperatures and the dryness of the practice pitches, and then with a few weeks to go we start pre-season rolling. During winter we work five days a week, but once the season comes around, we go back up to people being in every day.

Sophia Gardens is known for its short boundaries straight at either end, but what's a typical pitch like and how do you create one?

To turn a lump of grass into a suitable pitch, you need around 14 days. We give ourselves an extra couple with the Welsh weather, but if you know it's going to be really good weather you can get it down to 10 or 11 eleven days.

The last couple of years we've been trying to create quicker pitches, by leaving a bit more grass on them. The batsman can trust the bounce and the bowlers know there's something in it for them and that edges will carry.

We've also tried to create pitches that will spin on the fourth day, and the players know what we are trying to do with the pitches and understand the areas they need to bowl to get the most out of the pitch.