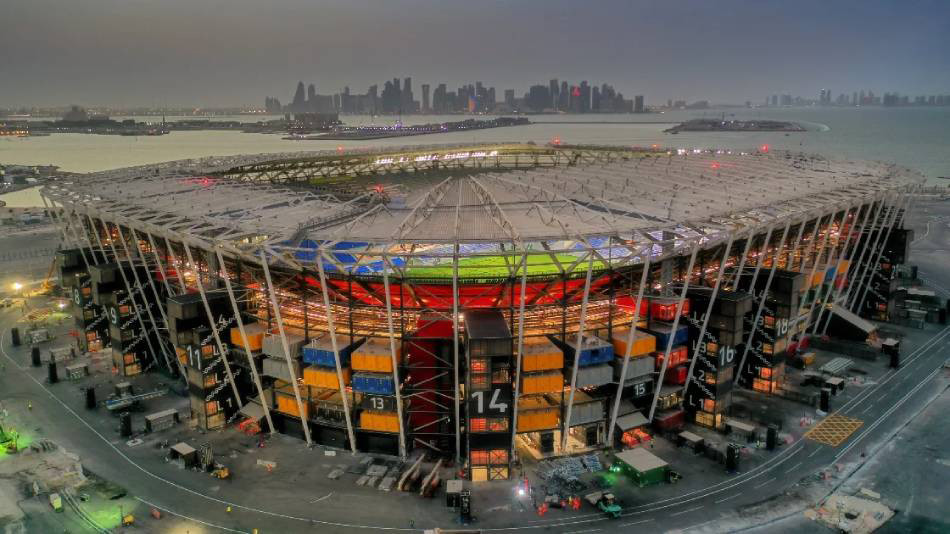 The venue - formerly known as Ras Abu Aboud - is made primarily from shipping containers and is located close to the Doha Port, directly opposite the spectacular West Bay skyline.

The innovative design means this is the first fully demountable stadium in FIFA World Cup history.

Constructed using shipping containers, removable seats and other modular building blocks, not only will this innovative, 40,000-seat venue have a remarkable design, but it will be entirely dismantled and repurposed after the World Cup Qatar. Its parts will be used in other sporting or non-sporting projects, setting a new standard in sustainability and introducing bold new ideas in tournament legacy planning.

Stadium 974 hosted its first match on 30th November when the United Arab Emirates and Syria went head-to-head on the opening day of the FIFA Arab Cup. Stadium 974 is the seventh tournament venue to be completed by the Supreme Committee for Delivery & Legacy (SC) and follows Khalifa International, Al Janoub, Education City, Ahmad Bin Ali, Al Bayt and Al Thumama in being declared ready to host matches during the Qatar 2022 FIFA World Cup, which will kick off exactly from one year now on.

Stadium 974 will host seven matches up to the round of 16 stage during Qatar 2022. During the FIFA Arab Cup, which will take place from November 30 to December 18, the 40,000-capacity stadium will host six matches, including the first semifinal and third-place play-off. The stadium is located 800M from Ras Bu Abboud station on the Gold Line of the Doha Metro. With SC Media inputs, myKhel.com breaks down the salient features of Stadium 974. the seventh tournament venue for Qatar 2022 FIFA World Cup.

The stadium's new name reflects the number of shipping containers used in the development and is also Qatar's international subscriber dialling code. The name also reflects the stadium's location as the gateway to Qatar, being close to Hamad International Airport, Doha Airport and Hamad Port. 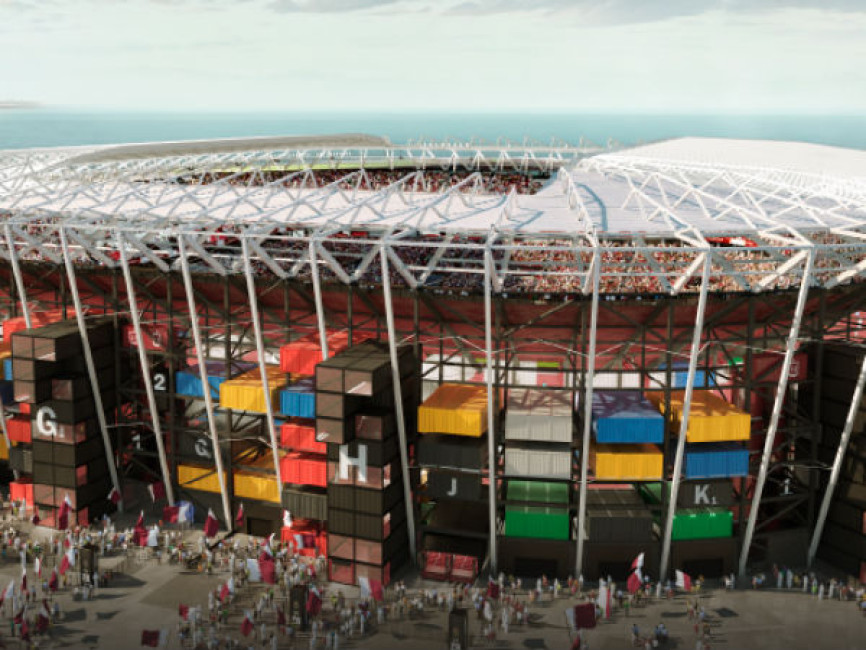 Due to its innovative design, the Stadium 974 bowl avoids the need for air conditioning as it is naturally ventilated. Much of the stadium's structure is made from recycled steel, while water efficiency methods ensure it will reduce water use by 40 per cent compared to a conventional stadium development. HBK Contracting acted as the main contractor, while TiME Qatar was the project manager.

Legacy factor SC Secretary General Hassan Al Thawadi spoke about the stadium's salient features, "We are very proud to announce the completion of Stadium 974. This is yet another milestone on the road to 2022 as we edge closer to hosting the first FIFA World Cup in the Middle East and Arab world." Al Thawadi added, "We consider this innovative venue a game-changer for future mega-event hosts. It's another example of the powerful legacy our World Cup will leave.

Chairman of the SC's Operations Office and Vice Chairman, Technical Delivery Office, Yasir Al Jamal shared Al Thawadi's views, "The striking Stadium 974 is a proud symbol of sustainability and innovation. The completion of this venue is yet another significant moment in our journey towards hosting the FIFA World Cup." Al Jamal added, "We're in a very strong position in relation to all of our infrastructure projects and look forward to Stadium 974 hosting its first matches during the upcoming FIFA Arab Cup."