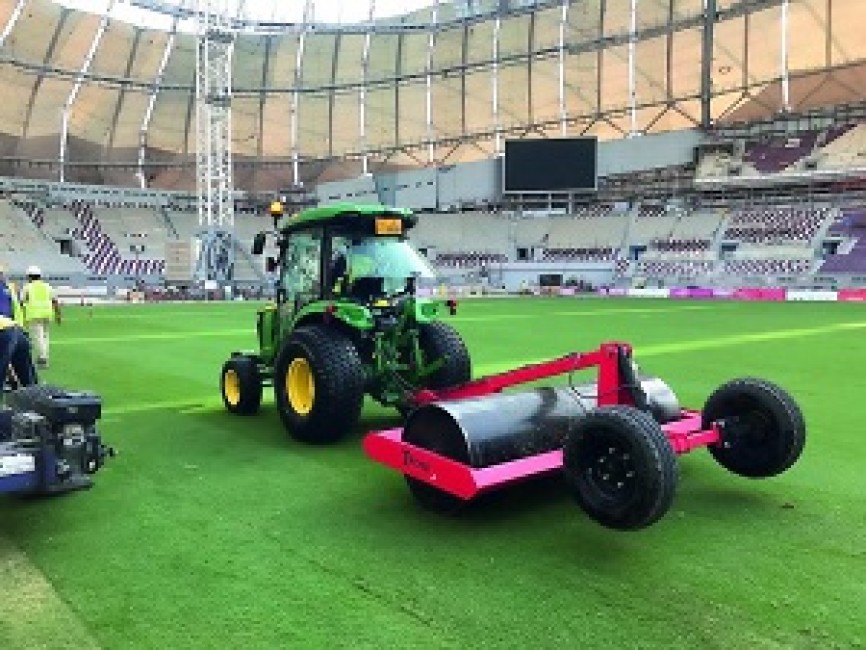 A pitch specially developed in Qatar has been laid in record time at Khalifa International Stadium, as the first proposed host venue for the 2022 FIFA World Cup Qatar advances towards completion.

FIFA.com reports that in the space of just 13 and a half hours, the pitch measuring around 7,800 square metres was moved from the Supreme Committee for Delivery & Legacy (SC) and Aspire Zone Foundation (AZF) Turf Nursery and laid down inside the venue by a team of 40 specialists on site.

Up to eight specialised machines were used by the 40 people moving the grass and laying it down in the proposed host venue for matches up to the quarter-finals of the 2022 FIFA World Cup Qatar.

According to the report, the record improved the previous best set by the team when returfing Al Sadd Sports Club's stadium in 2016 in 14 hours and 40 minutes.

The turf was planted at the Turf Nursery and took nine months to reach the optimum 14 millimetres in length, before it was harvested and transferred to the Khalifa International Stadium.

"We would like to congratulate our partners at Aspire Zone Foundation in laying the pitch for Khalifa International Stadium in the record time of 13 and a half hours," Youssif Al Musleh, competition venues deputy executive director at the Supreme Committee for Delivery and Legacy, said.

"Khalifa International Stadium is a historic venue in the eyes of the local community and region, and the fan and player experience in 2022 will ensure that it becomes a memorable venue for the world when Qatar hosts the 2022 FIFA World Cup.

A short time-lapse video of the work can be viewed here.

If you would like to view the original article visit HERE.