The QHotels Collection has put its golf course staff in the spotlight on 'International Thank a Greenkeeper Day' after a busy summer of golf which has been made harder by the drought. 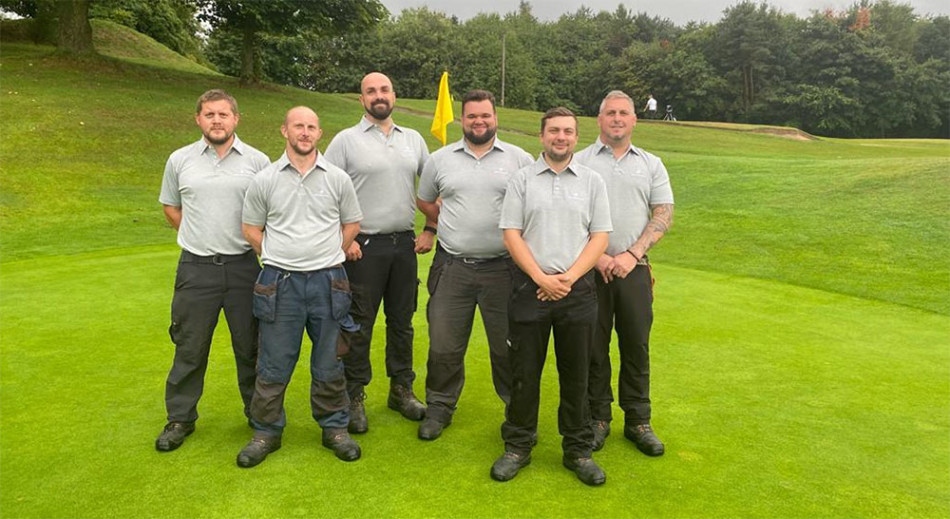 The annual day is celebrated by golf courses and organisations worldwide today [Tuesday, September 13] to recognise the work carried out from tee to green across the globe.

This year's event is especially significant for The QHotels Collection, which includes 21 hotels and resorts located across the UK, which has taken the opportunity to acknowledge the talented staff who have maintained their venues to the highest of standards throughout the summer's harsh heatwaves.

Simon Colley, head greenkeeper at The QHotels Collection's Oulton Hall Hotel, Spa and Golf Resort in West Yorkshire, has spoken of his pride in his team successfully navigating a challenging, dry season.

"The lack of water is an issue," he said. "We do have irrigation, which is good, but the headache is the long period of dry weather and the intensity of the heat in midday - it's hard because you want to get water on there through the day. We've not had one bad comment throughout the whole season from guests or members. Members are praising it as the best they've ever seen in 10 years."

In recent months, The QHotels Collection has invested significantly into the golf resorts across its portfolio. Just at Oulton Hall, for example, investment has allowed the greenkeeping team to already implement 12 temporary tee boxes for winter, the first under Colley's command.

Colley has worked at Oulton Hall for four years and took over as head greenkeeper in February this year. His leadership has been an acclaimed success, to which he credits his team and passion for the job.

"It's hard, this greenkeeping. It's not a job, it's not a career… it's got to be a hobby, you've got to love it because there are dark times and there are happy times. But if you can look back and be proud of what you've done and created on that day then that's payment enough for me."

For Colley, some of the best work carried out by his team goes unnoticed by golfers, who don't always realise how hard they must work to keep the courses in top condition. Many of the team work six days a week, with summer heat necessitating especially long hours to maintain the high standards that members and guests have come to expect.

"We see each other more than probably our families," Colley added.

Partially thanks to the work of the greenkeeping staff, Oulton Hall has earned a reputation as an attractive prospect for keen golfers that offers a pair of exceptional courses. The 18-hole Calverley Course and the nine-hole Hall Course are both looked after by Colley and his team, currently composed of a mixture of experienced and rookie greenkeepers.

Colley added: "At the minute there is eight of us: myself, a mechanic and six greenkeepers. Out of the six greenkeepers there's one trained and I employed four of them this year. It's a very mixed skilled, young team. There's a huge amount of knowledge within the team between the three of us that have got qualifications and experience, but then with the actual greenkeepers, the four lads, they've never done it before in their lives."

Despite the relative lack of experience, Colley is pleased with the work his team have done to keep the courses fresh and playable amidst tough conditions.

"This year it's been a headache with the heat. We're a young team and what we have done is pretty amazing to be honest. I'm proud of every single one of them."

Colley also makes sure to stay in touch with a number of other head greenkeepers who he has worked with at Oulton and elsewhere over the years - they network and share ideas for keeping the courses maintained.

"I was given the opportunity to be given the job of head greenkeeper by Mark [Illingworth] and Keith Pickard, so I'd just like to thank them for that."

Keith Pickard, golf, health club & spa director at The QHotels Collection, said: "We'd like to take some time this International Thank a Greenkeeper Day to thank all our amazing greenkeeping teams at The QHotels Collection. The work they do to keep our courses in such great condition, especially during the recent months of dry and extremely hot weather, does not go unnoticed.

"They have worked incredibly hard this summer with five professional tournaments at our venues, including the first ever Asian Tour event to take place outside of Asia at Slaley Hall Hotel, Spa & Golf Resort and we could not be more grateful."