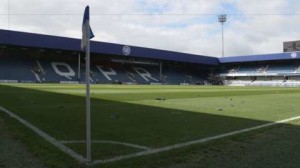 Championship side Queens Park Rangers have held informal discussions with their local council about the possibility of building a new stadium on the site of the Linford Christie athletics track in west London.

QPR have been looking for a site for a new ground for a number of years, having decided their 18,439-capacity Loftus Road stadium is not big enough for their needs.

The club had hoped to build at Old Oak Common, but those plans have stalled.

Now they have spoken to Hammersmith and Fulham council, who operate the Linford Christie Stadium, named after the most famous member of the Thames Valley Harriers athletics club, who currently use it.

Should discussions results in formal plans being submitted, it is envisaged a smaller stadium, adjacent to the main one, would become the new home to the Thames Valley Harriers athletics club.

Unlike West Ham's situation at the London Stadium, there would be no athletics track around the football ground.