by External source
in Cricket, Industry News, and Local Authority
on 16 Apr 2015 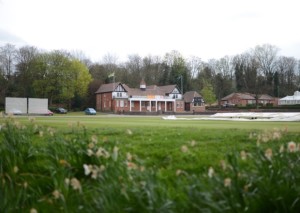 Chesterfield's Queen's Park has been named as one of the top ten cricket outgrounds in the country.

A picturesque setting, which sees the playing area surrounded by trees and an enchanting pavilion, Queen's Park remains an attraction for local and international cricket fans.

The park, opened in 1887 to commemorate Queen Victoria's Golden Jubilee, is home to Chesterfield Cricket Club and welcomes county side Derbyshire for an annual week long festival.

Derbyshire return this summer for three matches to mark a tenth successive year of the festival. Northampton Steelbacks are first up in the T20 Blast (July 5), then Glamorgan in LV= County Championship (July 6) and Yorkshire Vikings finish it off in another T20 Blast fixture (July 12).

Chesterfield CC chairman Mike Taylor said: "It's a great credit to Chesterfield Borough Council that Queen's Park features as one of the best out grounds in the country, as this standing was only possible with the vision of the collaborative venture with English Heritage to restore the ground and the whole park to such a good standard.

To read the Derbyshire Times article in its entirety, please click here