by External source
in Football and People
on 14 Nov 2020 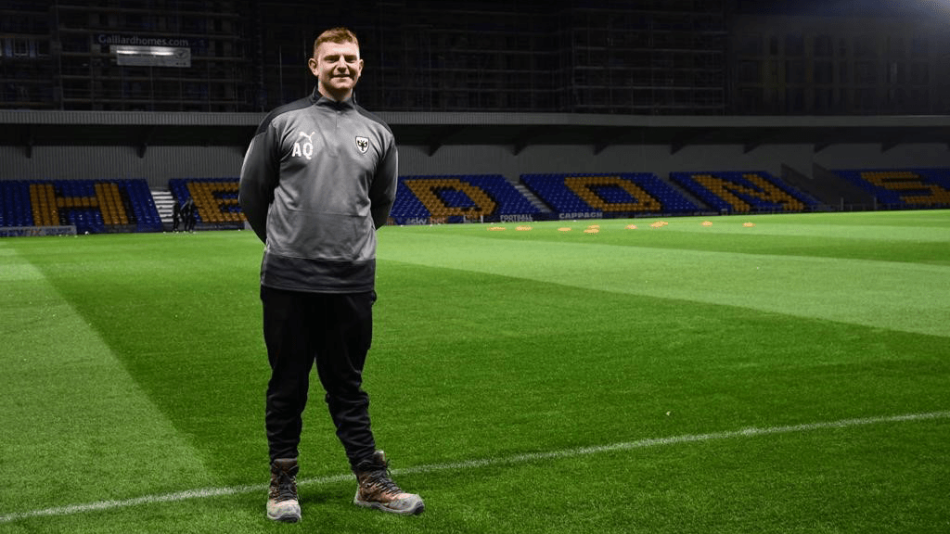 The 24-year-old made the move to London back in March having been invited to work on the construction of the club's new state-of-the-art 4G pitch by Dominic Cross, a pitch and golf course developer who has worked around the globe.

"I met Dominic while working on a project during my summer break when I was in college and after I received my qualifications he gave me a call to see if I'd be interested in going to London to work on the new pitch for AFC Wimbledon" explained Quinn.

Both men were assigned the task of constructing the new pitch by the main contractors for the club's new stadium at Plough Lane, Buckingham Group Contracting Ltd.

And, together, with consultant Richard Hayden of Hayden Turfcare, they have developed a stunning new playing surface which Quinn was invited to maintain after he was offered the role of head groundsman for Wimbledon once responsibility for the pitch was handed over to the club a month ago.

"This was always something I wanted to do and I was delighted to get the opportunity to come to London and work on this project" Quinn told The Echo.

"It's a great club and it was an honour and privilege to come and work here, but I could never have done it without the help of Dominic and Richard." 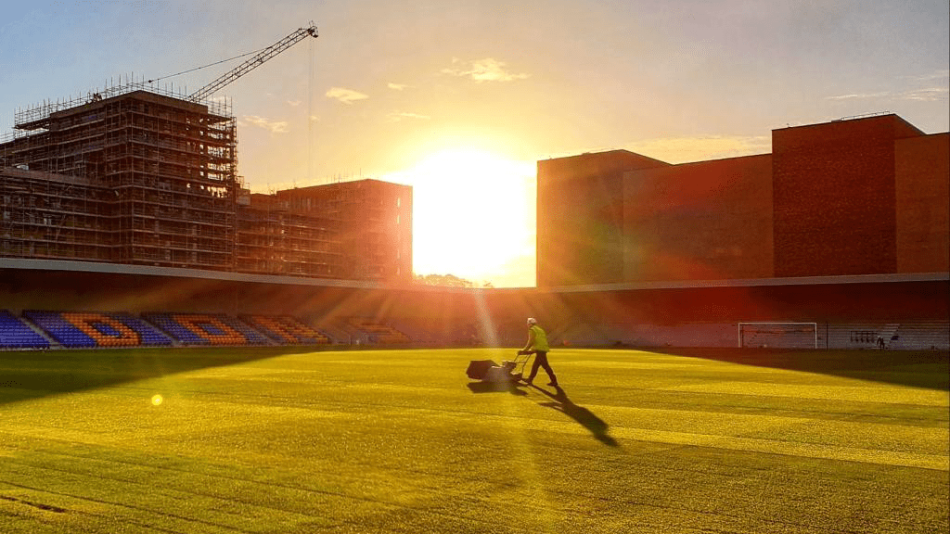 "Myself and Dominic worked on this seven days a week. It's not something that you can turn your back on.

The pitch has to be constantly cared for to maintain it in the best condition."

"I hasn't been easy with the whole Covid crises, but the work is great and I certainly keep myself busy here."

"It's definitely the biggest project that I've worked on and I'm now the first Irish man to be made head groundsman of a professional football club in England" he said.

While the club's new stadium is nearing completion, the new pitch staged its first competitive game earlier this month when Wimbledon battled out a 2-2 draw with Doncaster.

"The team had about four training sessions on the new pitch and then they played their first match on it against Doncaster" said Quinn.

"Before and after the game I spoke with the match officials to see it there were any issues and they told me it was flawless. The players really loved playing on it" he added.

While he studied hard to work in this field, Quinn also gained insights to proper pitch development from his time playing on them.

"I played Gaelic football and hurling and soccer and I've played on plenty of bad pitches" he laughed.

"This pitch in AFC Wimbledon is like a carpet and it's great to be working on this and seeing the players really enjoy playing on it."

You can read the original article from The Echo HERE