Be it a rainy night in Southampton, Wolverhampton or Manchester one constant image of a relentless and often unpredictable Premier League season has been the pristine playing surfaces on which the drama has unfolded. 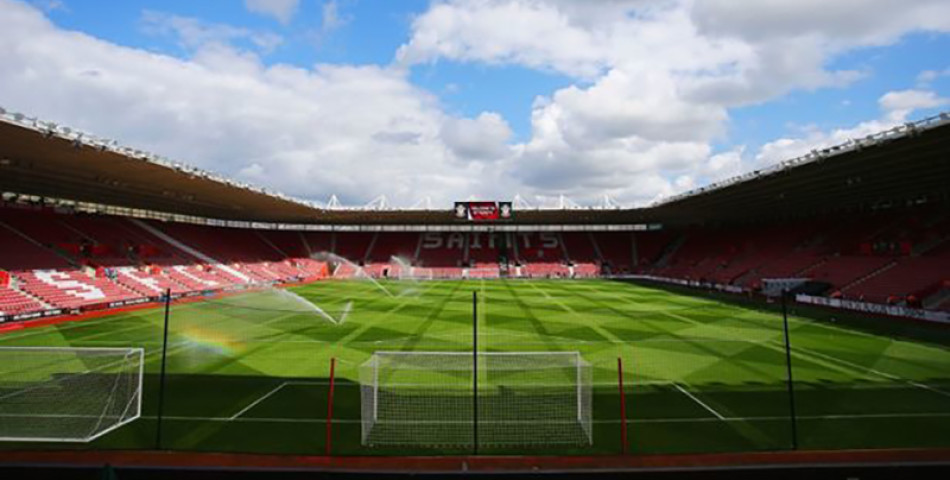 Battered by the elements, Premier League pitches have remained oases of green, a far cry from winters of old when groundsmen armed with forks and buckets of sand, fought losing battles to stop their cherished turf resembling quicksand.

Fans watching every game live from the comfort of their armchairs now take it for granted that a pass will zip across the surface as true as a billiard ball on green baize.

What they might not appreciate is the state-of-the-art technology that creates the stages for the likes of Mohamed Salah, Kevin de Bruyne and Harry Kane to shine.

"These days it has become much more scientific," John Wright, head groundsman at Southampton, told Reuters as he prepared his greensward ready for Chelsea's weekend visit.

"You have to be a mathematician, understand construction, infiltration rates, irrigation systems, the list goes on."

It prompted moves towards artificial pitches with Queen's Park Rangers the first to install one in 1981, followed by Luton Town, Preston North End and Oldham Athletic.

They were deeply unpopular and while artificial pitches have improved vastly, real grass is the surface of choice.

The truth is, however, that while they are 'living grass', most Premier League pitches are 95% sand and comprise of millions of polyethylene fibres stitched into the base and which make up 4-5% of the playing surface.

The sand, laid on top of a gravel layer with drainage pipes, makes waterlogging all but impossible, while the polyethylene strands maintain the structural integrity of the pitch.

"It's a 10-year investment by the club which helps with playability, durability and player safety," Wright, whose team 'renovate' the pitch in summer by stripping it back to the sand and re-seeding around the fibre threads.

With clubs investing vast sums into their playing squads, the last thing they want is for injuries caused by sub-standard pitches. So Wright provides the club's medical staff with data on everything from pitch firmness to traction.

While hybrid pitches have transformed the industry, Wright said lighting rigs that mean grass can grow even in the darkest days of winter have also had a massive impact.

Data suggests that today's top-flight matches are 20% than they were just 20 years ago, largely because of the trueness and quality of the surfaces.

Gone are the days when the "route one" hoof was a necessity to bypass the muddy gloop below.

"Sometimes in the mud we did have to go a bit longer or avoid the middle of the pitch," BBC pundit Mark Lawrenson, part of the great Liverpool sides of the 1980s, said.

"It would be mess in the middle from goalmouth to goalmouth that was just mud and the ball wouldn't run. The wings would be fine so you could still play your football out wide.

"Now you have these hybrid pitches, part grass and part synthetic. They are like carpets."

While the top-flight clubs, and many in the Championship, have the resources to invest in pitches, the financial impact of the coronavirus pandemic means the picture is less rosy for clubs further down the pyramid.

"With the turmoil we've had some clubs have had to cut their cloth accordingly," Jason Booth, director at the Grounds Management Association (GMA) said ahead of #GroundsWeek which will showcase the work of the 16,000 professionals and thousands of groundstaff who make elite and grassroot sport possible.

"Some of our members have been furloughed for quite a period of time and that means nobody maintaining a pitch, or clubs using skeleton staff. It could have knock-on effects and maybe a slip in standards but rest assured with the ability these guys have got they will get these surfaces back to their best."