by BBC Sport
in Football and Synthetics
on 25 Aug 2018

0 Rangers boss says plastic pitches should not be allowed

Artificial pitches should not be allowed in elite football, said Rangers manager Steven Gerrard, after he lost winger Jamie Murphy to a knee injury on Kilmarnock's synthetic surface. 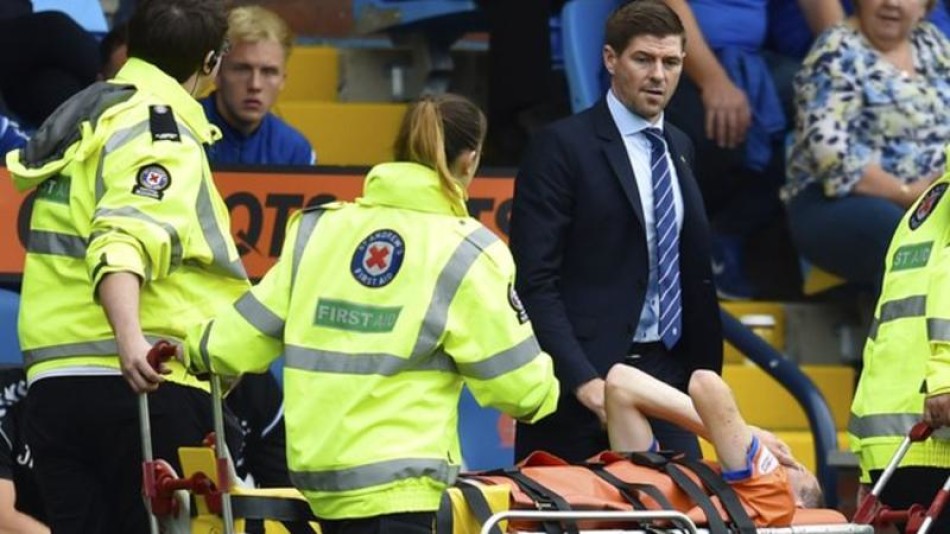 The winger appeared to twist his left knee during the first half of the 3-1 League Cup last-16 win at Rugby Park.

Gerrard said Murphy is "very low, down and upset" and fears he will "be out for a long time".

"If you ask Jamie right now he'll say it was a pitch incident," Gerrard said.

"I'm not here to disrespect Kilmarnock and their playing facilities. I know it helps support the running of their club. But my opinion is elite football shouldn't have any plastic pitches.

"I think for every club worldwide it's safer to have a grass pitch. But I don't want to dive in too quick, we'll wait and see what the examinations say but we're all fearing the worst."