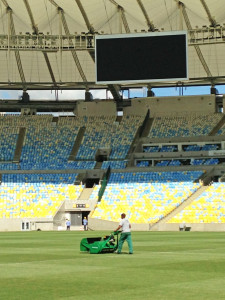 The most prestigious venue at the tournament, the Maracana stadium in Rio de Janiero, which will host the final of the competition, is being mown with both types of mower, although the Ransomes Mastiff will be used for match day preparation.

Jacobsen Tri-King mowers are also being used at several training venues including the Australian training camp at Vitoria in Espirito Santo, Portugal's training centre at Campinas at Sao Paulo and Mexico, who are using the training facilities of Santos, again in Sao Paulo. 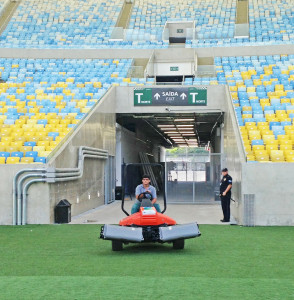 kett, Managing Director of Ransomes Jacobsen commented, "The FIFA World Cup is the biggest single-event sporting competition in the world and once again, mowers manufactured by our businesses in the UK and USA are being used at this global sporting event.

"The final at the Maracana on July 13 will attract a television audience in excess of 300 million people around the globe, all watching the game on a playing surface prepared by mowers made in Ipswich. I think everyone connected with the business can take pride in that!"