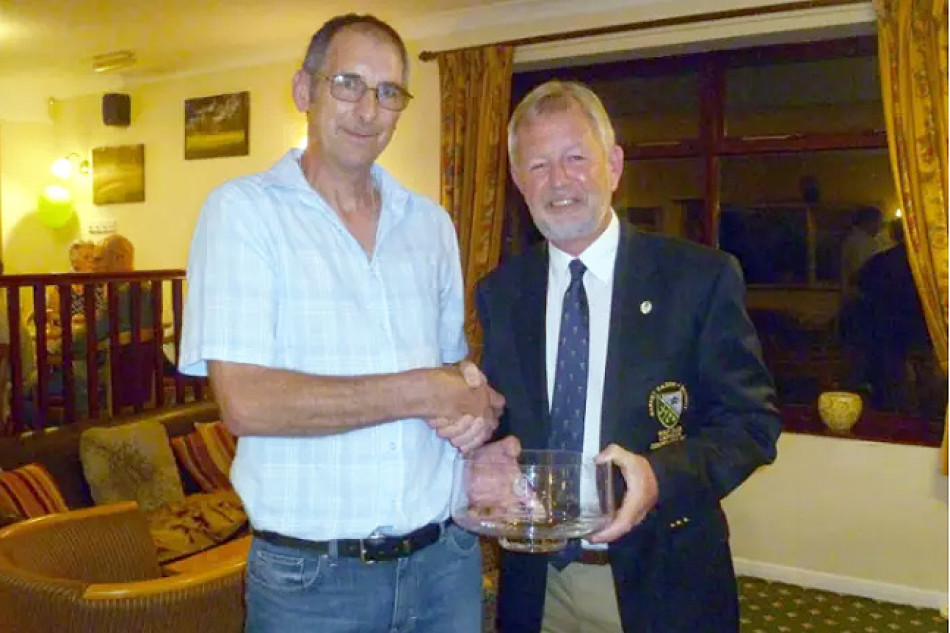 His lifetime of dedicated service to the Legsby Road club was recognised by Club President Richard Holmes and the many members and friends who gathered in the clubhouse to mark John's retirement.

Mr Holmes made mention of the huge contribution made towards the success of the club over many years by John and his team.

On behalf of the club, he also expressed gratitude to John's wife Shirley, children Nicola and Simon, as well as his wider family, for the support they have provided for John over the years.

Mr Holmes said: "John has played a massive part in the success of the club and in the enjoyment of playing golf here, experienced by members, guests and visitors alike.

"The course is recognised as one of the finest in the county and much of credit for our reputation should go to John and the team he has led.

"Without a course of such quality there would not be a club."

John joined the greenkeeping team as an apprentice in 1968 and rose through the ranks to become Head Greenkeeper in 1978.

In recognition of his many years of hard work and loyalty, John has been granted honorary life membership of the club.

He was also presented with an inscribed glass bowl and monies donated by the club and its members.

Mr Holmes added: "We look forward to seeing John on the course during more sociable hours as he works at reducing his handicap."