Real Madrid's groundsman, Paul Burgess, has flown to Milan to inspect the playing surface ahead of next weekend's Champions League final 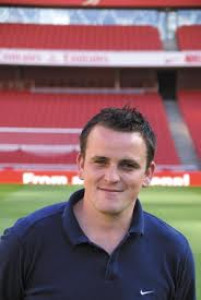 The Bernabeu club are on red alert after recent comments by a senior UEFA official suggesting that the San Siro pitch would struggle to be up to the standards required for such a blue riband event, and Real Madrid face cross-city rivals Atletico for continental football's biggest prize.

In Spain it is widely accepted that a poor surface would favour Atletico, and Burgess has been in Milan to report back on conditions and to attempt to aid the local staff in improving the pitch.

The British turf expert, who was formerly Arsenal's chief groundsman, visited the San Siro last Thursday and inspected the hybrid grass, which is 30% artificial.

Since Burgess checked out the field, however, UEFA's senior match operations manager Keith Dalton has admitted "we're having problems bringing the pitch up to Champions League standard."

"Two clubs use it, the stadium is owned by the city, and the ground staff are outsourced by another company," he told a conference in Doha.

"The groundskeeper, with all due respect to him, is very junior but he is the only one with the technical expertise operating in that stadium.

"The others can hold a fork at best."

For the original article, visit www.mirror.co.uk.