by External source
in Parks, Public Places, and Parks & Gardens
on 22 Jul 2017

0 Record number of Green Flag Awards in the UK 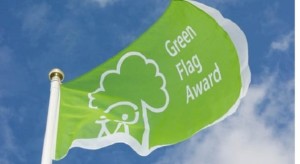 Parks matter, this year more than 37 million people in this country will visit a park, five million more than voted in June's General Election.

The Green Flag Award is a sign of a well-managed, clean and safe park and with many people increasingly relying on their local park as a place to exercise, relax and have fun, quality green space has never been more important.

Research shows that people will only visit a park if they perceive it to be clean and safe and the Green Flag Award is an easy way for the public to see at a glance that their park meets the highest standards.

Among this year's new entries are the community garden at London's Tate Modern and the grounds of the National Maritime Museum in Greenwich.

Also raising the Green Flag for the first time this year is Milton Keynes which is celebrates its 50th anniversary.

Keep Britain Tidy chief executive Allison Ogden-Newton said: "Research shows that parks are a vital and valued resource in communities across the UK and we are delighted that so many of them are meeting the high standards demanded by the Green Flag Award.

"But we cannot be complacent. We know that budgets are being squeezed in local authorities across the country and we must be vigilant to ensure that everyone, where ever they live, has access to the very best parks and green spaces."

Awards are being presented at ceremonies in Hull, Derby, Reading and Watford.