by Matthew Campelli
in Industry News, Rugby, and Football
on 02 Dec 2015

The Rugby Football Union (RFU) boosted its grassroots investment by 5 per cent to £32.5m in 2014/15 as its revenue surpassed the £200m mark for the first time ever. 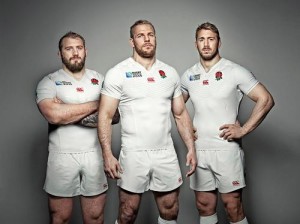 The performance allowed the RFU to plough funds back into grassroots levels of the game, referred to as Rugby Development Investment in its 2015 annual report.

Its £32.5m investment was up on the £31m it parted with over the prior 12 months, as money went towards educational facilities, including its All Schools campaign in which it is attempting to facilitate rugby in 750 state schools which do not currently play the sport by 2019.

At last week's Rugby Expo, RFU development director Steve Grainger MBE revealed that since the initiative's inception in 2012, 402 schools had come aboard.

Of its overall revenue, £36.6m came from hosting the World Cup, while ticket revenue soared by 32 per cent to £34.7m. Hospitality and catering accounted for the highest proportion of the body's revenue at £43.2m.

Remuneration for the RFU executive team grew by £200,000 to £1.6m, with chief executive Ian Ritchie's salary accounting for £600,000 over the year, including bonuses.

"This was a busy and financially successful year with a retained profit of £7.7m after making a record level of investment directly into clubs and in operating the English game at all levels," said Ritchie.