The building of sand-based golf greens has been an increasingly popular option implemented by many golf clubs over recent times. In this article, Derek Fullerton BSc (Hons), Murrayfield Golf Club, explores the possibilities that exist in recycling course materials, produced from general maintenance practices, and how this approach may promote benefits to improving sterile sand-based rootzones. 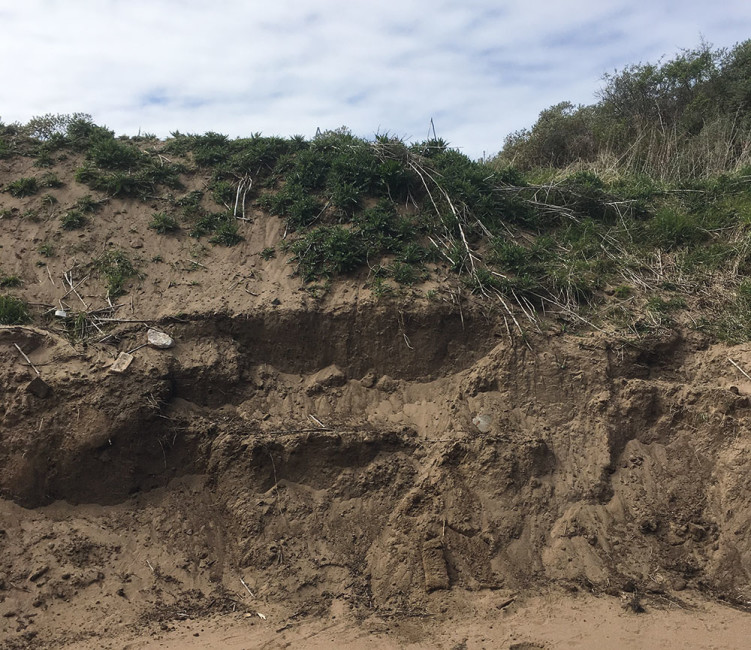 With improved construction specifications and modern management practices, newly constructed greens often allow for year round golf on enhanced playing surfaces. In some cases though, particularly where budgets are restricted, this is not the case. A poorly performing rootzone can result in inputs increasing rather than decreasing, disruptive corrective aeration procedures and an inevitable decline in turf quality. What was initially a positive investment for the club soon becomes a financial burden.

In situations such as this, are course managers utilising all the materials at their disposal to help maximise the prospects of achieving the desired long-term results?

With the popularity of on-course material recycling on the increase, this article looks to explore the potential that this area may have in relation to the production of topdressing materials. In particular, it aims to discuss whether this practice could be beneficial to the long-term success of newly built sand-based greens.

A good starting point may well be to have a brief overview of the characteristics that are desirable in a functioning rootzone and some of the properties of the materials of which it is comprised.

The three main components that constitute the texture of all soils are sand, silt and clay, with the percentages that these are present in being the defining classification factor. Whilst sand has many desirable characteristics in relation to drainage and porosity, it is also chemically and biologically inactive. Clay, on the other hand, may be attractive to your nutrients and microbes, but can have a detrimental impact on a soil's ability to conduct water and maintain aerobic conditions.

Rootzone materials used for golf green construction possess a number of desirable attributes. The free gravitational movement of water through the profile, while having the capacity to retain required moisture and nutrient levels for optimum plant growth, is crucial. The air-filled and capillary pore spaces vital for this are dictated by the grain size and uniformity of the sand content. These pore spaces also regulate the availability of oxygen which is essential for microbial life and healthy root development. The ability to retain nutrients is enhanced by the negative charge of clay. This increases the rootzones Cation Exchange Capacity (CEC) whilst also assisting in moisture retention. 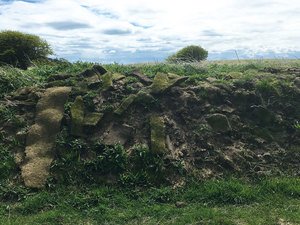 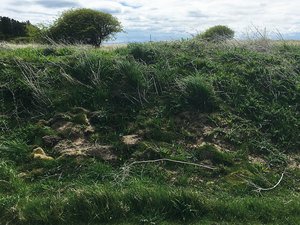 The mix ratio, particle size distribution (PSD) and physical properties recommended in industry lab tested rootzones aim to balance the positive and negative attributes of these materials. Managed correctly, these mixes help ensure long-term performance is achieved. However, without the correct long term management, the potential exists for the sterile properties of sand to become dominant and the rootzone to become void of sufficient biological activity.

The practice of material recycling is playing an increasingly significant role in today's world. The demands placed by diminishing resources, finance, legislation and public opinion have resulted in businesses and governments placing elevated importance on it.

The golf sector is no different where this is concerned. With accreditation for achievements being widely sought after, an objective of many golf clubs is to ensure that waste is kept to a minimum and their land is managed responsibly.

One such club is Muirfield Golf Course in East Lothian, which has been host to sixteen Open Championships, the last being in 2013. Amongst the many objectives of Course Manager Colin Irvine and his team is to operate a 0% wastage policy with regards to on-course materials. One way to help achieve this is producing their own divotting material. Materials used in this process include old revetted bunker faces, turf off-cuts and any surplus soil produced and deemed suitable from work carried out. A rotating cycle of five years is implemented where the materials are left to decompose in soil piles or in the form of more aesthetically pleasing soil wall bundies. At the end of this period the partially decomposed material is screened using a 4mm grid, with the finished product being suitable for divotting and dressing tees.

To get a clear understanding of the benefits arising from this process, I believe we need to take a closer look at the source material being recycled and the changes that occur to it during that five-year period. 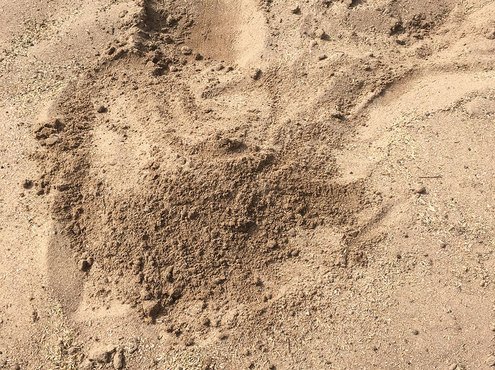 So what does the term 'organic matter' (OM) refer to?

Composed of plant and animal residues at various stages of decomposition, OM is a dynamic mixture which reflects the balance between additions and losses of new and old material. It is recognised as a fundamental contributor to a healthy and productive soil and is composed of a number of elements including Carbon, Hydrogen, Oxygen, Nitrogen, Phosphorus and Sulphur.

When assessing its biodegradability, OM can be divided into three pools:

By far the largest portion of OM is made up by humus, a thick brown or black substance derived from the decomposition of organic litter. With its ability to absorb a large percentage of its weight in water, together with a strong negative charge to attract positively charged cations, it brings many desirable characteristics to a soil. A true generator of soil life, due to its role in developing large populations of micro-organisms, it helps to maintain a healthy equilibrium between harmful and beneficial soil pathogens. This portion of OM is very stable and referred to as the 'recalcitrant' pool of OM due to its resistance to decomposition.

The active part of OM is made up of microbial biomass and continuously changing organic compounds which result in it being unstable and very receptive to decomposition. This susceptibility to change makes it a key component in nutrient supply, and of relevance to the procedure carried out at Muirfield.

So what happens during decomposition and why?

Given their optimum conditions, a vast army of microscopic organisms get to work on the OM. This dynamic process relies on a multitude of bacteria, fungi and biological interactions, with the mostly saprophytic (able to live on dead or decaying) microbes gaining energy from the OM. A hierarchical system operates, with higher forms of bacteria tackling plant matter in its infancy, whilst lower forms take over during the final stages when material is easily digested. Abundant availability of oxygen, along with carbon and trace elements of nutrients, allows these aerobic organisms to thrive, with efficiency levels at their highest in summer months due to an affinity with higher soil temperatures. 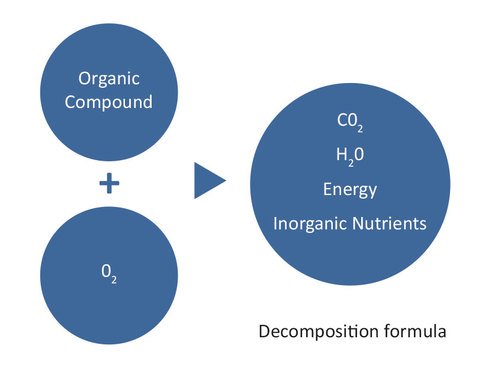 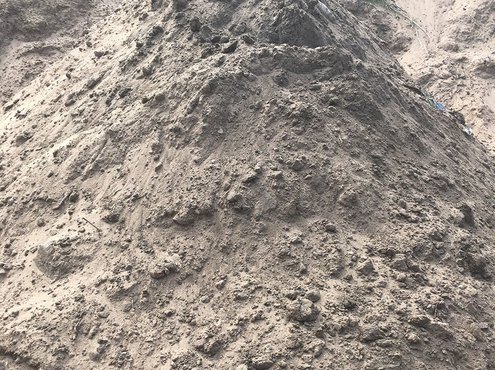 To function, this army of microbes must carry out the process of respiration. To appreciate the relevance of this, it may be helpful to take a closer look at the science at work here.

One of the by-products of microbial respiration is carbon dioxide (CO₂) which is released into the atmosphere. As we know, a key component which regulates a grass plant's ability to photosynthesise is the availability of CO₂ in the atmosphere. Hence, we could surmise that, as the microbes underneath the surface push CO₂ out, the grass plant is fixing CO₂ back in through its stomata. In turn, soil carbon levels are replenished through deposits from plant roots which can be utilised by the microbes as a source of energy. This is just one example of the multitude of mutualistic cycles that are fundamental to a functioning ecosystem, so vital to the grass plant.

Recognising the importance of carbon when analysing the decomposition process in relation to sports turf, in my opinion, is important. Allowing soil carbon additions to exceed losses, which is often the case when dealing with anaerobic or sterile soil conditions, will result in the rate of natural decomposition slowing and OM content increasing.

That's the science bit over - back to the soil piles! As the microbes continue to feed away, they produce something much sought after by turf managers: nutrients in inorganic form. One of relevance is nitrogen, which is released as ammonia (NH3+) with this oxidising to plant extractable nitrate (NO3-).

So there you have it - a recycled divotting material full of readily available nutrients and microbial activity just waiting to be your seedlings best friend! Does the potential exist, however, for a similar process to be utilised to produce a topdressing material to help an underperforming rootzone?

Often, one of the main symptoms associated with a poorly performing sand-based green is an excessive level of thatch. This accumulation of thatch, which we can also categorise as the active fraction of OM in its infancy, can be addressed by several maintenance practices including hollow tining. Like the materials used by Muirfield, these cores will be mainly composed of plant material & residues, topdressing sand and OM in the early stages of decomposition. 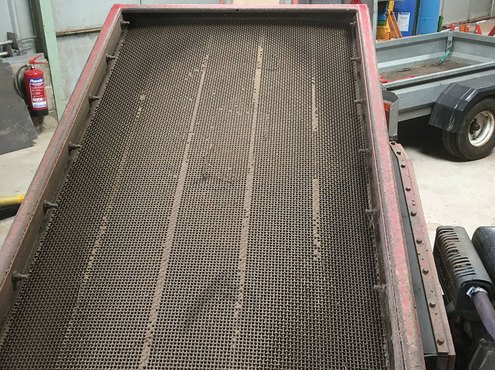 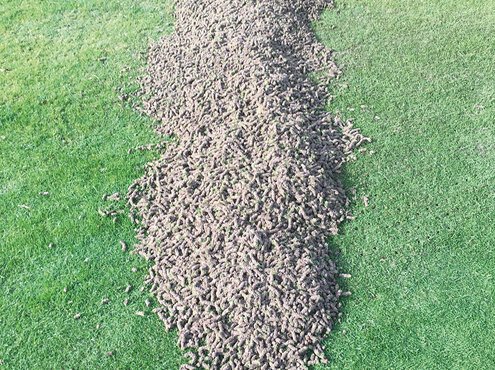 Provided with their optimal conditions, there is nothing to prevent the microbes getting to work on decomposing these piles of cores. There may also be the potential to influence the speed of this decomposition by ensuring oxygen levels are maintained through regular turning and the addition of carbon from sources such as liquid seaweed. Using a screen grid with a 2mm diameter would also be beneficial when it comes to screening your finished topdressing. This will enable less decomposed, coarser material to be removed whilst mixing the recycled cores with your normal topdressing sand.

One important point to highlight here is that of compatibility. Incorporating other source materials into greens' topdressing should be avoided. Particle sizes may not be compatible with the original rootzone specification, and hence lead to bridging and layering issues. This should not be the case when utilising cores taken from your green, as the only sand content present will be from previously applied topdressing, which should already have been lab tested.

As is the case with many of the best turf maintenance practices, forward planning and a commitment of time is required to achieve the best results. Allowing your cores to decompose in to the desirable unstable OM form will give you access to nutrients, microbial life and antagonistic pathogens. These additions can only be of benefit to your topdressing if an objective is to stimulate life in your rootzone.

So to conclude, one of the fascinating aspects of turf management is the varying number of subjective opinions covering all areas of the profession. The topic of material recycling in relation to greens topdressing is no different, with its merits often vigorously debated. However, by recognising that the term 'organic matter' does not have to fill you with dread, and if understanding its properties, you may well have the potential to utilise it to your benefit, should your circumstances demand it.

Any initial financial investment will soon become money well spent if it helps you maintain a healthy long-term growing dynamic. Inputs should decline, disruptive maintenance procedures should be avoided and your resources maximised. The strong foundations that you have put in place beneath the surface of your golf green will now help to make those playing performance targets more achievable.

*Thank you to Colin Irvine at the Muirfield Golf Course for his assistance in researching this article.