by Charles Henderson
in Consultancy, Golf, and Bowls
on 12 Aug 2013 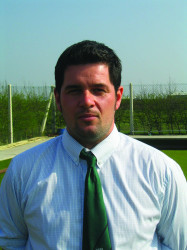 "To assume what worked historically at one venue may be as effective at another, may be to assume incorrectly"

We have, over the last three years, gained an extensive understanding of organic matter, which is possibly one of the least understood aspects of golf greens management, yet one of the significant issues we deal with.

In our first article, we covered its measurement and outlined the necessity to obtain meaningful data, which is essential to its reduction, and the justification of costs allocated to its management. In the second of our articles, we covered organic matter and its impact on year round moisture contents. This is something we have all experienced during 2012/2013, whether as greenkeepers or golfers.

In this, our third article on organic matter, we will cover the complex subject of its reduction. With target ranges estimated between 2-6% in the upper 0-20mm and 20-40mm respectively, this leaves a mere 10% of greens tested; within the target ranges in 2013 and, following the conditions experienced in 2012, notably less is expected in 2013. Organic matter, in general, is on the increase.

Therefore, this makes the reduction of organic matter in greens, relevant to over 90% of us who are involved in managing golf (and bowling) greens, an extremely important subject.

For over seven years, we have been processing (loss on ignition) organic matter results and, from these, we have developed extensive, fact based knowledge of its management and, most importantly, its reduction.

Through a combination of data and practical case studies, we aim to assist you, as course managers with the reduction of organic matter in your greens. 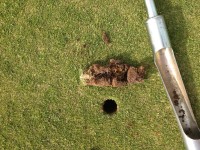 From your own experience, many of you will look back and congratulate yourselves on the reduction of organic matter in your greens. As course managers, this is commonly experienced as an inherited issue upon commencement of a new role.

To what extent do we reduce it? At what rate did we reduce it? These are parameters often unknown. The impact of climate and the greens construction are seldom factored in to these achievements. This is significant, in the sense that there is no exact formula. As outlined within parts 1 and 2 of our organic matter articles, some greens are prone to quicker organic matter accumulation than others.

To assume what worked historically at one venue may be as effective at another, may be to assume incorrectly.

Some of us have to work harder than others.

2012-2013 has presented an interesting year for organic matter results. In general in 2013, increases have been observed across the board, due to a combination of reasons, most significantly excessive rainfall. What is further apparent is that some types of green have been more prone to increases than others. 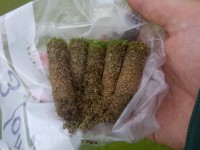 Push-up greens - these, in general, represent the majority of the samples we processed, and have shown a 2-3% increase in the upper 0-20mm on average, throughout 2012, when compared with previous years.

Push-up poa annua greens - usually apparent in shaded areas and/or low lying greens, these types of greens - generally wetter than most - have been subject to, on average, a 3-5% increase in the upper 0-20mm.

Sand based greens - represented by USGA or similar variations, these greens have managed better through 2012. Although still showing some increases, these have been, on average, contained at 0-2%. It is fair to say that the benefit of the extensive construction methods with regard to organic matter accumulation has been observed during 2012/2013.

Over and above the construction type of greens, maintenance practices implemented during wet years has dictated increases experienced.

Those who continued with sand dressing programmes, and committed to renovation works in general, minimised organic matter increases and achieved ongoing reductions.

What percentage of organic matter are you starting from?

The above is further emphasis that there is no exact plan or formula for the reduction of organic matter. The primary reason for this is that very rarely are the starting points or the rates of organic matter accumulation the same. 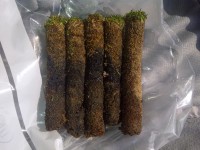 If you are within this range it would be fair to say the hard work is done and the focus is increasingly on dilution of the organic matter in the upper profile.

Dilution vs Removal of organic matter - American research is, encouragingly, realising high rates of efficacy, via solid tining and sand dressing programmes as opposed to the more conventional hollow coring, widely adopted throughout the UK and Europe.

It is fair to say that, at these levels, the need for aggressive deep scarification and large diameter hollow tining, for the purpose of organic matter management, will result in unnecessary time and resources being spent on renovations.

A scenario in which the vast majority of clubs will find themselves is between 7-11%, with the UK average for organic matter being around 9-10%, post 2012. 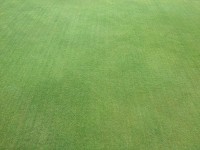 There are a range of effective strategies at this level, including hollow coring, deep scarification and/or sand-injection, which normally provide a reasonable level of reduction. Where clubs have become more relaxed at this level of organic matter, the use of smaller blades/tines with larger spacing, in order to reduce disruption to play, is common. In many cases, this results in an unwanted organic matter increase.

The dilution strategy, once organic matter is at this level, is somewhat unknown, with mixed results being observed to date. From the results observed, dilution alone at this level will be insufficient to ensure a healthy level of reduction is achieved, dependant upon the extent to which it is implemented and on the type of green.

When organic matter has reached this level, its reduction must be one of the key objectives in order to reduce exposure to the negative impact of organic matter.

A great deal of urgency is required to achieve reduction at this stage as, at this level of organic matter, greens are more prone to further increases, due to them remaining saturated and anaerobic for longer periods throughout the year, (as outlined in part 2 of our organic matter series).

The dilution strategy at this stage is, in our professional opinion, ineffective and will not reduce organic matter as suitable rates, if at all.

Conventional forms of renovation programmes, at this rate, achieve only moderate to slow reduction and, in some cases, can see increases.

More often than not, when greens have reached this stage, notable renovation programmes are required. These comprise over and above average treatments. New technology, such as sand injection, has made these operations easier and less disruptive. Details such as tine sizes, blade width and spacing become increasingly important at this level of organic matter, when its removal, in combination with dilution, is essential.

On reaching this stage, the reduction of organic matter will not only be the highest priority but will present one of its biggest maintenance challenges, namely, its successful and sustained reduction.

Prior to detailing the best working practices on reaching this level of organic matter, let us first rule out ineffective methods. Micro-tining, dilution only and even conventional hollow coring and scarification will produce extremely modest to completely wasteful results.

Double treatment - The details of renovations will be imperative on reaching this stage of organic matter development. Nothing short of 14-16mm tine sizes should be considered, and 2.5-3mm blade width on scarification units will be essential in order to achieve the necessary percentage of surface impact. Single treatment (hollow core) at the conventional 2 x annually will have a marginal effect and will be slow to reduce the organic matter back to desired or even acceptable levels. Sand injection treatments have proved effective in the rate of reduction, and should be considered in these cases.

Retaining expert advise in working through such process will be critical as, if implemented poorly, surface disruption is often more severe than necessary.

Throughout the last decade of our consulting experience, products that have come and gone and come again are 'thatch eaters', biological thatch degrading microbes. For those who sell it, an emotional and strong commitment to their efficiency is given. In addition, some privately funded research has shown a notable potential for this type of product to increase the rate of organic matter reduction.

In contrast, both practice and some independent research, show little significant proof of notable levels of efficacy. From the organic matter results collected to date, little in the way of solid evidence exists to confirm its effectiveness in real life situations. At present, however, we continue to keep an open mind to any solution, as part of an ongoing holistic programme.

Renovation, sand dressing and aeration treatments represent some of the most controversial management practices implemented on the golf course.

These practices also represent some of the most important and essential practices for the promotion of plant health and quality, year round, playing surfaces.

Whether or not implementing these practices is sufficient or excessive, knowing the necessity for them is fundamental to any maintenance programme.

Through close monitoring, we are now working with many clubs on reducing unnecessary operations, thanks to changes made in previous years.