by Football Foundation
in Synthetics and Football
on 27 Jul 2019 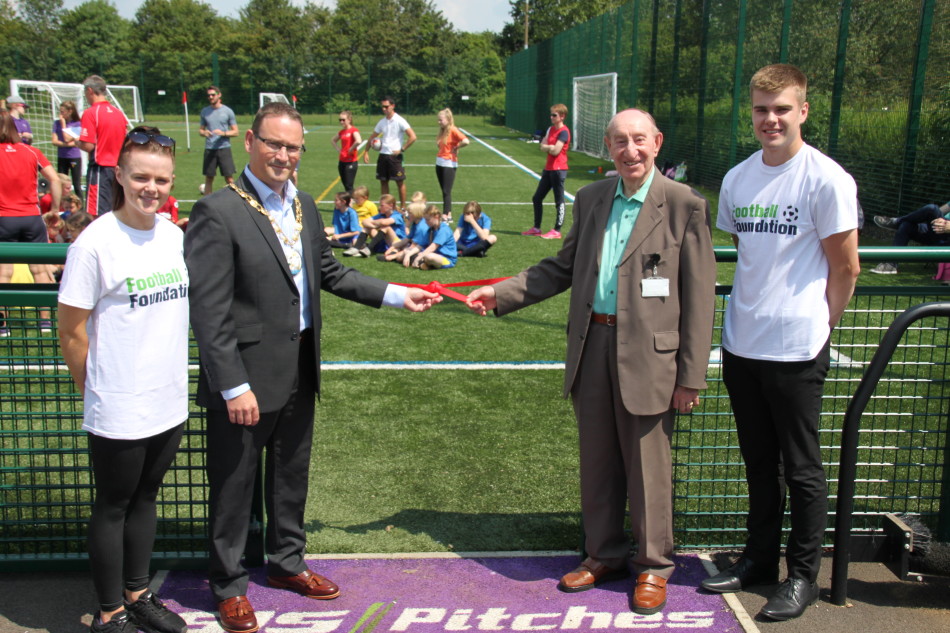 The refurbished pavilion and 3G pitch were developed by Everyone Active and Daventry District Council (DDC) and made possible thanks to investment from the Premier League, The FA and Government's Football Foundation.

After netting a £445,489 grant from the Football Foundation, work begun on the site in September 2017. The facilities will help to cater for the recent housing growth in Daventry, providing numerous community clubs with state-of-the-art training and match play pitches as well as compliant changing facilities.

As part of the project one side of the changing pavilion was overhauled to provide accessible changing facilities, a classroom and the reception area was upgraded. The new 3G pitch replaces a sand-based all-weather surface which had reached the ends of its usable life.

With just one other 3G surface, which is made up of small-sided pens, within five miles of Daventry Sports Park, Northamptonshire County FA identified the site as a priority location to grow the game. This has been further supported by Northampton Town FC, with the club's Community Trust committed to running sessions at the site with potential areas of focus including women and girls, disability and academy teams match play.

Between Northampton Town FiTC and the associated partner clubs it is predicted that a growth of 40 new football teams will be playing at the site by 2024. Daventry Town FC, Weedon FC, Long Buckby FC and West Haddon JFC would take the lead around raising standards as part of their Charter Mark accreditation.

The growth in teams playing football at Daventry Sports Park would support over 600 new players across all age categories. The biggest growth is anticipated in junior footballers aged 14 and younger, with 22 new teams, including boys, girls and mixed supporting nearly 300 children within this demographic.

Jamie Brightwell, General Manager at Daventry Sports Park, said: "I am delighted that we have been able to put this project together, it has taken around six years from the initial idea. We have managed to overcome several issues to provide a state-of-the-art facility for the local community. Credit must go to the Football Foundation and Mel Bland at DDC who has led the project over the final 18 months. We have already seen participation increase and expect it to grow further once the season starts next month."