The Rugby Football Union (RFU) is investing £750,000 in a new 3G artificial grass pitch at Shelford RFC as part of a legacy project 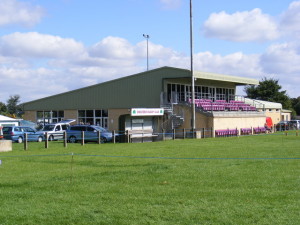 The club's members voted unanimously in favour of the plans at an EGM last week after the RFU approached the club with the idea, which involves the facility being available for community use for schools, colleges and other sports clubs as well.

A planning application for the scheme, which is one of four across the country being funded by the RFU, has been submitted to South Cambridgeshire District Council and Shelford president Colin Astin thinks it would be a huge boost for the club.

"You would never think that someone like the RFU would come along and say we have this great idea and we have chosen Shelford Rugby Club," he said.

"One of the critical criteria was that the club owns their own ground with no covenant on it, and that they are central to the community.

"They will effectively lease our first-team pitch and they had to make sure we had complete control of the land they were leasing.

"We have been to see the pitch and what it entails and the best comparison is the Premiership club Saracens.

"Saracens put in a 3G pitch and they use it for all clubs and see it as a way going forward giving teams access to pitches that will not be influenced by the weather.

"We commit ourselves to a 30-year lease at a peppercorn rent and we have an allocated usage of the pitch per week."

"From the club's point of view, in terms of facilities it takes us into a different league. There aren't too many clubs that would have that sort of facility.

"Some of the top clubs have them but here we have Shelford, that happens to be a village club, having £750,000 put in by the RFU to help the community.

"I would like to think part of the reason for selecting Shelford is that we're one of the few clubs in the east of England that run five sides week in, week out, a ladies' side and have 400 minis.

"The actual pitch will be available 9am to 10pm throughout the year. It's floodlit so could be used during the day by clubs and colleges and at night by clubs and football clubs.

"It will provide an excellent playing opportunity for every type of team."

For the original article, visit runningrugby.com.