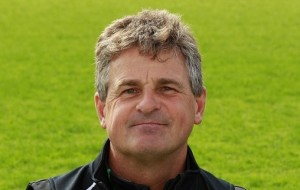 Director of Cricket Steve Rhodes has praised the "tremendous work" of Worcestershire head groundsman Tim Packwood and his staff after being confronted with the horrendous floods of last winter.

Packwood and Co had to contend with more than 10 feet of water on the square less than two months before the start of the 2014 campaign and large areas of grass destroyed.

Worcestershire had to practice pre-season at Kidderminster after returning from Abu Dhabi and contingency plans were in place at Chester Road should the county's headquarters not recover in time for the start of the season.

But cricket got underway as scheduled in April at New Road and there was no problem with the standard of wickets which Rhodes believes actually suited the attack at his disposal.

The outfield also slowly but surely recovered after some inevitable early season bare patches after the flood battering and looked a picture when the season ended in mid September.

Rhodes said: "The first two months really were very difficult for Tim Packwood and his staff because there was a lot of silt on the square.