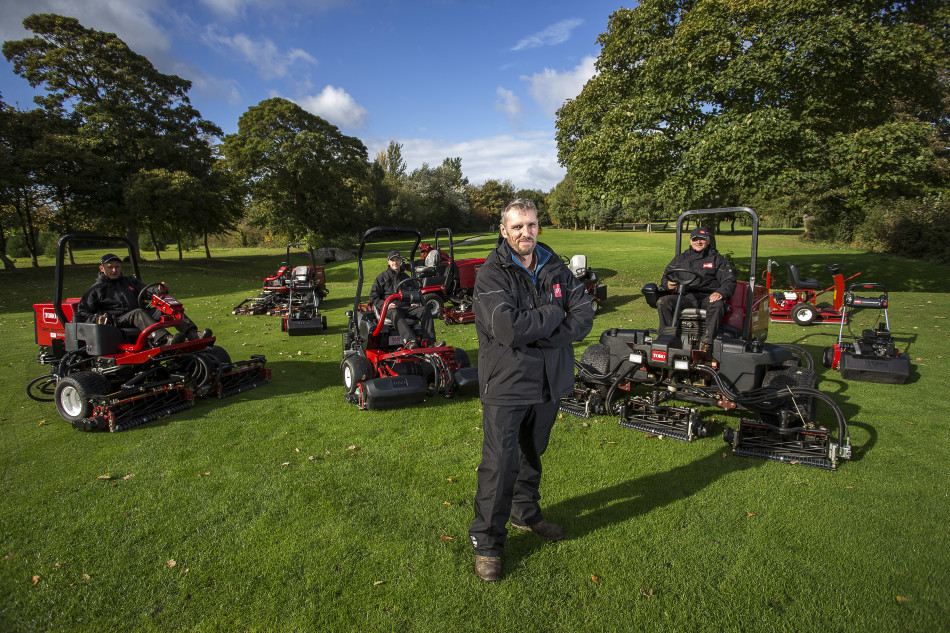 Rhuddlan Golf Club, set in the Vale of Clwyd in North Wales, has recently renewed its fleet of Toro machines, bringing on course a Greensmaster 3250-D, Reelmaster 3100-D, and a Reelmaster 5610-D to join a Toro fleet including three other Greensmasters, two Groundsmasters, a GreensPro 1200 turf iron and a ProCore 648 pedestrian aerator. The club opted to reinvest in Toro for replacement machines because of their reliability, good value and support services.

Course manager John Morris says: "You can pay a little more for Toro, but the price always reflects the quality of the machine. I've found you get what you pay for with Toro, making them very good value for money longer term."

He adds: "When you invest in Toro you're not just buying a machine, you're buying the back-up service which comes with it. Our Toro dealer Major Owen is fantastic and I know there will always be someone on the other end of the phone should I need them."

But given the durability and longevity of the club's previous Toro machines, John shouldn't have to pick up the phone often. In fact, he chose to replace an existing ten-year-old Greensmaster 3250-D with the same model including the latest DPA cutting units with stainless steel cylinder bearings because he was so impressed with the original machine's reliability and service.

Another addition to the course is a Reelmaster 3100-D to replace an impressive 20-year-old Toro sidewinder, which John describes as "still working well, but in need of updating". He says of the new machine: "The Reelmaster 3100-D was an affordable option for us and we're very pleased with it so far, it does a fantastic job cutting the tees and greens."

The club's new Reelmaster 5610-D cuts fairways, etching striking stripes and diamond designs into the turf. John comments: "My employees and I are chuffed to bits with the Reelmaster ­- and our new fleet as a whole!"

One of the main benefits which stands out across all the machines is superior build quality, meaning they also have a higher residual value. John says: "I'm pretty savvy with mechanics so I understand just how well built our new Toro machines are. It's easy to get sold by flashy things, but at the end of the day presenting the course well is our priority and Toro machines help my team and I to do just that."

Rhuddlan Golf Club is often chosen to host County and National Championship events and next August the Men's Golfing Championship is set to take place on the course. "We are very lucky to have Toro tournament support, our dealer lends us extra Toro machinery so we can cover the whole course quickly. Because of this we can maintain brilliant playability on pristine turf," says John.

With 122 acres and some of the fastest growing grass in the region, this is no light task. John admits: "The reliability of our machines is essential and Toro machinery enables us to keep on top of the course. For as long as I am course manager at Rhuddlan, we will continue to invest in Toro."