by Marcus Armytage
in Equestrian and People
on 05 Jan 2019

Last weekend, Richard Osgood, one of racing's unsung heroes and from a long line of workaholics, hung up his pokey stick, thus ending a family association with Newbury Racecourse going back to 1919 when his great-uncle John joined as secretary and manager. 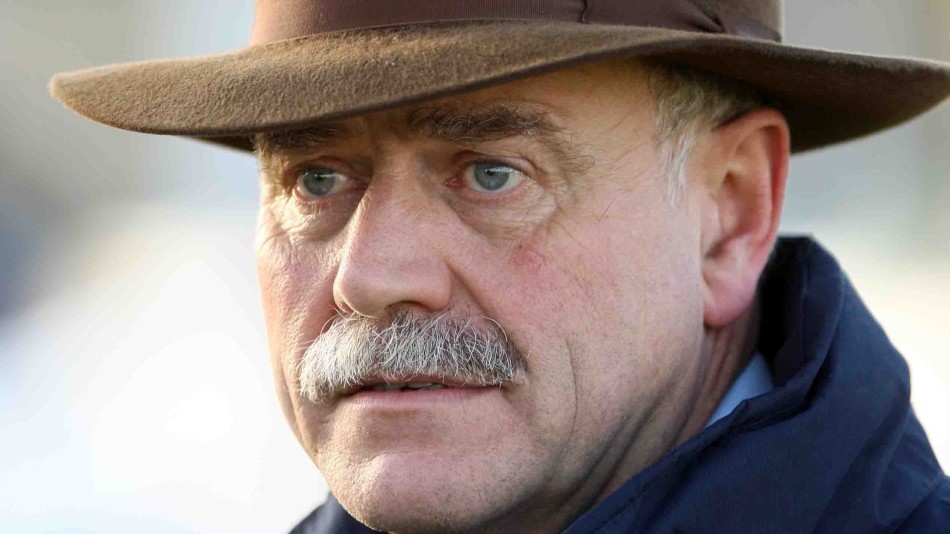 During the Second World War, John Osgood fought a one-man battle against the US army, which had already turned the course into a marshalling yard with 35 miles of railway, to stop them ripping up the grandstand floorboards for kindling.

Joining Newbury in 1979, Richard fulfilled the role of estate manager and head groundsman before, in 2001, becoming clerk of the course, a role rarely mentioned in dispatches until something goes spectacularly wrong.

Osgood, 62, is no relation of the legendary Chelsea footballer, Peter Osgood, despite it being a constant talking point through his childhood, and, ironically, his sister ended up living in the same village as the "King of Stamford Bridge".

Whatever Newbury's fortunes as a racecourse - it seems on the up again - the one constant has been the immaculate state of the ground, regardless of what the weather has thrown at it.

Indeed, after Newbury's 2006 "Super Saturday" in February was lost to frost, Osgood helped pioneer the use of frost covers for racecourses. Only when it was -20C has Newbury subsequently lost one to freezing temperatures.

In 2003 when a fire started by an electrical fault sent nine saddling-up boxes up in smoke, Osgood went beyond the call of duty by rescuing an old Allett ride-on mower which was melting in the heat.

During the liberation of the mower, he singed his eyebrows and nose, but, remarkably, his Tom Selleck-style moustache remained unscathed and as bushy as ever.

However, far from earning him praise, his efforts earned him three separate tellings-off; one from Newbury's health and safety officer, one from his wife, Cilla, for being "foolhardy", and one from the head gardener who had long harboured hopes of a modern mower.

Though he does not remember it, he was responsible for giving ITV front-man Ed Chamberlin his first job in, depending on which way you look at it, racing or plumbing. Racing-mad Chamberlin had applied to Osgood for a holiday job aged 16 and was appointed to the lofty role of assistant plumber.

Chamberlin's race-day role was to lurk by the fire alarm which had a mind of its own in the Berkshire stand and kept sounding out for no good reason. If it went off, his job was to disarm it. The biggest dilemma in Chamberlin's life at that stage was what would happen if it went off and, simultaneously, news came through on his radio of a blocked toilet.

Osgood's career has been bookmarked by the presence of great horses at Newbury. Standout races during his time have included Denman's second Hennessy Cognac Gold Cup, the six wins at the course of Big Buck's, and Frankel's win in the 2012 Lockinge Stakes.

Newbury has always had a close association with local trainers, allowing them to work horses on the course. It is where Mr Frisk had his last gallop before the 1990 Grand National. In 1989, watching Nashwan's racecourse gallop before he went on to win the 2,000 Guineas and Derby was, says Osgood, a "great privilege".

He now hopes to pass on his skills on a part-time basis to a future clerk of the course wanting to learn the ropes. However, the next generation of Osgood, William, is on the ground staff at Ascot.