by Lucy Nicholls
in General Interest, Turf & Grass Seed, and People
on 14 Mar 2020 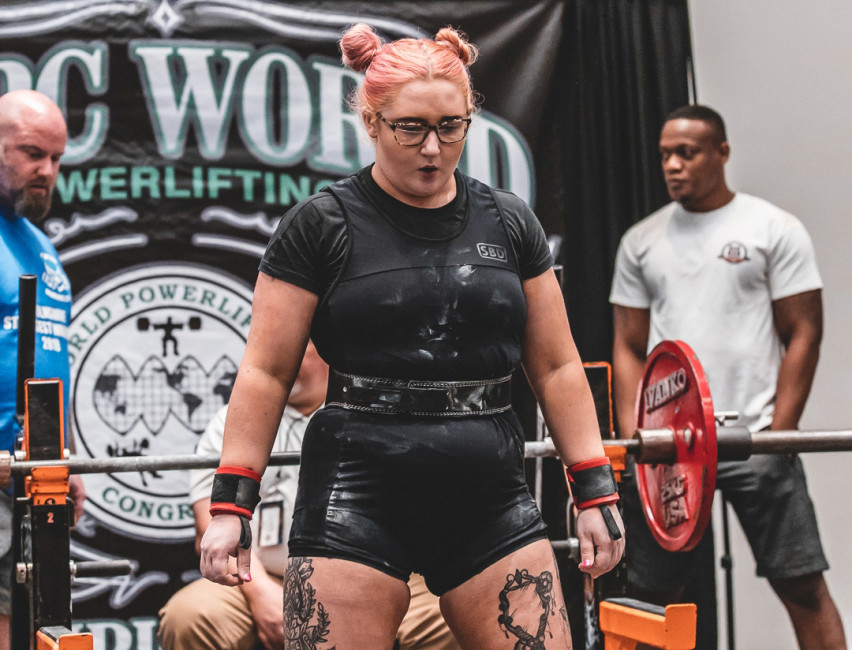 Robyn's day job may well consist of advising and supporting Limagrain UK's large amenity customer base but when the clock hits five o'clock, she steps into her other role as the Amateur British Powerlifting World Champion.

It all started four years ago when she joined her local gym to lose weight, meet new people and generally to keep fit. However, it wasn't long before she realised that she was incredibly strong and her ability to lift heavy weights certainly didn't go un-noticed.

Sean Blackburn, World, European and British Champion, took Robyn under his guidance and started training her at the Warriors gym in Barton Upon Humber. She quickly showed her potential and before long she was flipping 264kg tractor tyres and training four times a week specialising in bench pressing.

Robyn conquered the World Championships in the States by picking up gold but determined as ever, she had her sights set on breaking even more records. Her next goal was to bench press an astonishing weight of 100kg.

Her training went up another level with Sean and a strict diet was put in place by her nutritionist Sophie Scott to ensure that she had the energy and strength needed to help her reach her goal.

On 15 February, at the Ultraflex in Rotherham, all eyes were on Robyn as she attempted her record-breaking lift. Her first attempt opened at 90kg, then went to 95kg which was her current record. Feeling confident after her two previous lifts she went fully focussed into the 100kg attempt. Unfazed by the large audience or the magnitude of the task Robyn powered her way glory.

By lifting the 100kg weight she set the new British record and is the only woman to lift 100kg in her age and weight category.

An incredible achievement, Robyn still wants more - the world record is 102.5kg so she is now back in the gym and training towards breaking that later this year.

Commenting on her success, Robyn said: "It is a huge achievement and something I had wanted to do for a very long time. It's a very surreal feeling to be honest! One moment I'm breaking the British record and the next I'm back at work and down to business with Limagrain UK. I'm very happy because I love doing both!"