0 Roehampton - anyone for tennis, croquet, golf ... 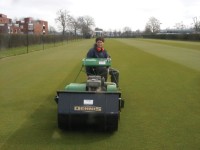 I have wanted to pursue a career in the turf industry since 2002, when I completed a BA degree in Agronomy in Serbia, where I am from.

My previous work experience includes a one-year project at FC Red Star Belgrade and, after my arrival in the UK, I worked as a groundsman at Fulham FC and with Dave Saltman at Pitchcare.

Although working on football pitch maintenance would be my ideal job, at this moment I have a new and challenging opportunity working at the Roehampton Club. 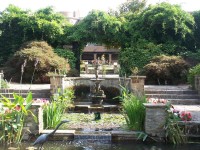 It is located in a beautiful area of London, close to Richmond Park and covers an area of one hundred acres, eighty-five of which are dominated by the golf course.

The range of facilities and calendar schedule involves careful time management and impeccable organisational skills from each member of the grounds department. The facilities require maintenance every day, as there are a large number of members using them from early in the morning until late at night.

The Grounds Department has three teams: golf, tennis and croquet and gardens. There are nine people working in the golf team, five in the tennis and croquet team, and two full-time and one part-time member of staff in the garden team. One of the most important members of staff is the mechanic, John Brookman, whose skill and experience keeps all the machines operational all year round.

The range of skills possessed by each member of staff is of significant importance for the Grounds Department, which is run by Anthony Freeman, the Course and Grounds Manager. 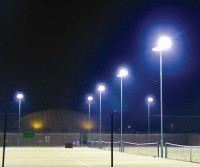 The grass courts are divided into three blocks, which are surrounded by fencing, netting and, predominantly, privet hedges. The grass species on all of the courts is perennial ryegrass and the topsoil profile contains 21% clay.

Spring season involves monitoring weeds, pests and diseases and treating where necessary. Dew removal is also imperative to help prevent diseases. The height of cut is approximately 13mm. A programme of verticutting and or scarification is undertaken dependant on the amount of thatch. Overseeding and topdressing then follows and germination sheets are used to assist with the growth.

The first cut is with hand machines, then pre-season rolling begins, going from hand machines, moving up to a ride on Dennis and, finally, a heavy roller. Mowing height is gradually reduced from 13mm to 8mm for the start of the season.

The maintenance also involves a spring fertiliser programme and, two weeks prior to the start of the season, the courts are measured out and marked. All tennis equipment, e.g. posts, yardsticks etc., have been prepared and painted over the winter months. 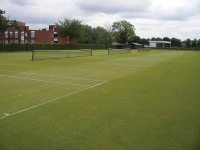 The summer season continues with daily routine checks of the surfaces. The courts are cut three times per week, followed by line marking.

The grass courts have a rotation system to reduce the damage. They are changed approximately every four to five weeks. This allows them to be repaired and rested, especially the high wear areas around the baselines.

The maintenance programme continues with irrigating, verticutting, hydrojecting and regular inspections for pests, weeds and diseases.
At the end of the playing season (late September beginning of October), the courts are closed for renovation, irrigation, aeration, scarifying and overseeding.

The acrylic courts are checked every day throughout the year and the maintenance programme involves keeping the surfaces clean and free from debris, as well as the drainage channels and filters. Occasionally, the surface is power-washed.

The artificial grass courts are third generation and are infilled with sand. Maintenance involves removal of debris, brushing with a multitude of brushes, monitoring and topping up the sand filling when needed.

The indoor courts are swept three times per week and the team covers everything from checking the height of nets, replacing water bottles as well as checking the heating, lighting system, dome and inflation unit. 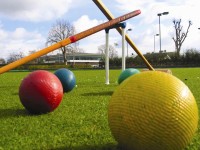 There are four croquet lawns and this enables the club to host major championship events. Last year the club hosted an international competition between Egypt and the Rest of the World.

They are predominantly sand based. Grass species are bent fescue mix on three lawns, whilst the fourth has a ryegrass fescue mix. Mowing height is 6mm during the winter season and lowered to 4mm during the summer. Lawns are cut three times a week from spring until the end of autumn.

During the spring and summer season the lawns are set for full-size use, whilst, from October, they are set for three-quarter size use. Our daily checks involve switching, dewing off, checking the hoops and changing the holes for hoops as necessary. Renovation involves similar procedures as the golf greens.

In 2010, the club will host a test match, which is part of the World Championship. This is a great honour for the club. 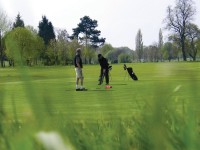 Fifteen of the greens are soil based in the old 'push up' style and three are sand-based greens. Grass composition on the greens is predominantly 70% poa varieties with the remainder being a general mix but mainly dominated by bent grass.

Fairways and the highly managed rough are multi mixed including fescues, perennial ryegrass etc. This year the natural rough will be overhauled to produce deep fescue based areas, as the course tries to expand its ecology values.

During the winter the team undertakes woodland management, any construction work, keeping drainage clear, any turfing that is required and aerating tees, greens and fairways through spiking and slitting.

Checks for diseases are carried out on a daily basis to ensure maximum grass coverage is kept and not lost due to disease (scarring etc). Applications of seaweed and iron are made to promote a hardy sward for winter play. Bunker and pond renovations are also carried out.

During spring, one of the major priorities is greens renovation work which, with a very demanding playing calendar, can be difficult to fit in. The greens are either hollow tined, solid tined or 'Gradened' with regular verticutting. A spring start up granular fertiliser is applied, followed by sand topdressing after the prill has broken down.

Height of cut at this period is set to a bench setting of 5mm which will be altered depending on weather conditions.

Tees and approaches are renovated immediately after the greens, using the same processes apart from a small fertiliser change. Tees, approaches and fairways are cut at 13mm being brought down to 10-11mm towards summer. 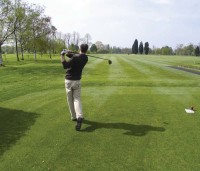 Semi-rough carries, tee and green banks are all cut to 30mm and all the highly managed rough is topped off at 76mm (3") all year.

Any natural, deep rough areas are generally scarified to thin out the sward for playability but also for overseeding. These areas are cut twice a year with all the clippings being removed.

A growth retardant is used on tees, fairways and semi-rough to stay on top of growth before it levels out in summer. This helps ease the pressure on staff and machinery.

Spring and summer programmes generally merge as the weather becomes more consistent. Aeration continues through needle tining, and greens, tees and fairways are fed with liquid fertilisers, iron and seaweed. Wetting agent programmes are also regularly applied.
General cutting is maintained, along with the regular edging of sprinkler heads, bunkers and pathways.

Hydrojecting of greens takes place at least once a month though the summer period and, with the machine having a compartment for such a product on the side, it also introduces wetting agent further down into the profile.

The autumn programme includes regular aeration, the greens renovation which is very similar to the spring work, but with small tines to ensure recovery for the winter. Granular fertilisers are applied to all areas along with liquid feeds of iron and seaweed.

Leaf collection, using Trilo, tractor mounted and pedestrian blowers, is vital due to the number of trees on the course, and to ensure that leaves don't smother any areas of grass going into winter. Ditches and drainage are also kept clean and free flowing.

The club has a fully automated Rainbird irrigation system that covers all turf areas except the golf course rough. This system can be operated through the main computer or out in the field via satellite, through the freedom control, allowing better management on water outputs.
Also on site there is a waste water recycling system, which is used throughout the year to clean off all machinery 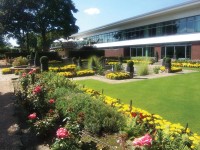 The busiest time of the year is usually April until June when plant growth starts and the team begins preparing the greenhouse and filling pots for summer bedding. This can be as many as 10,000 plants including hanging baskets and pots.

The Garden Team look after seven lawns which have to be cut twice a week in the spring, also they look after herbaceous borders and rose beds and keep driveways tidy.

I would like to show my appreciation to Chris Hughes, Head Groundsman, John Entwistle BSc Hons, Head Greenkeeper, and Steve Hutchins, acting Head Gardener, for providing the information for this article, and to Anthony Freeman and the rest of the team for a fantastic year of experience and grounds knowledge.