The Rolling Stones have officially opened one of the largest indoor sports stadiums in Europe, Paris's U Arena. 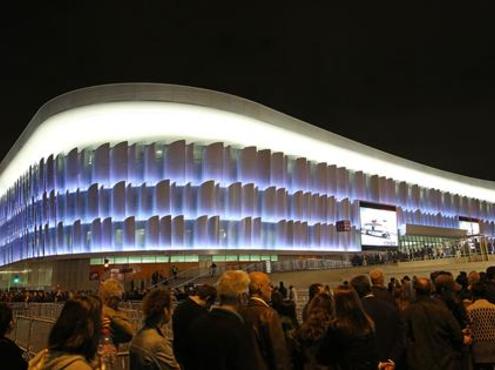 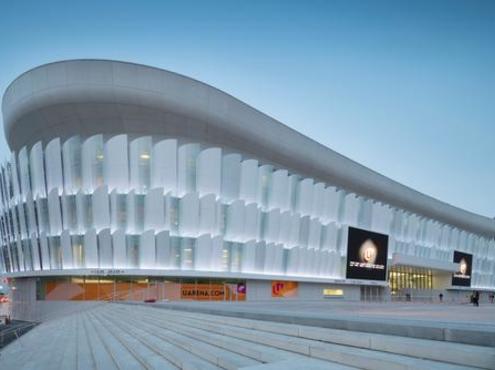 The stadium will become the permanent home of French rugby club Racing 92, which will play its first fixture there in December, and will also host the Supercross motorcycle racing series, as well as music concerts.

Mick Jagger, Keith Richards and co ended their latest world tour with three sold-out shows at the stadium, built in the heart of the French capital's La Défense district, close to the landmark Grande Arche.

Designed by Pritzker-winning architect Christian de Portzamparc, the arena forms a distinctive horseshoe shape - the 'U' of its name - and can be illuminated by 3,000 LED strips casting over 16 million colours.

"The aim was to build the 'House of Racing' - an ultra-modern enclosure in which the club will draw most of its financial resources by organising entertainment of all kinds," said de Portzamparc's practice in a design statement. 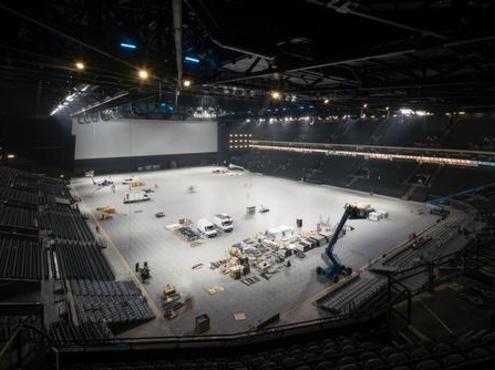 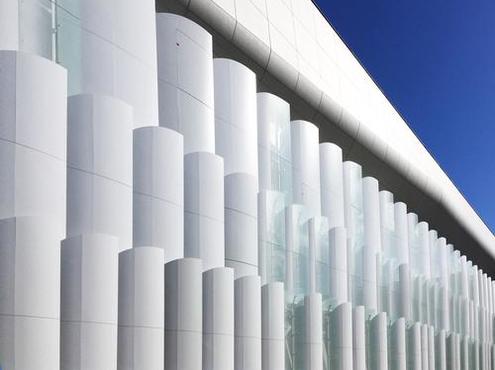 "It is the largest indoor multipurpose facility with variable capacity in France."

The internal seating configuration can be changed via a movable stand, adjusting the capacity to anything between 10,000 and 40,000. Rugby matches will accommodate, on average, 30,400 spectators and games will be played on a synthetic turf that can be covered with 'showcase' tiles in 11 hours to prepare the arena for concerts.

The arena features a 6,100-tonne fixed roof raised 40m (131ft) above the ground and a prefabricated concrete facade covered by 592 giant aluminium and glass scales. One side of the arena is formed of a new building housing the headquarters of the local council, while the other three have 16 public entrance points.

Reception areas, dressing rooms and refreshment areas are located under the seating, and receive light through the glass scales in the external walls.

The U Arena is home to an image wall of 2,400sq m (25,800sq ft), one of the largest in the world, as well as 350 large HD screens spread throughout the ground. Theatre projects consultants Findlay Ross consulted on the venue's audiovisual experience and acoustics.