0 Rory McIlroy isn't the only one lamenting golf's carbon footprint, as this Scottish group illustrates

When it comes to environmentally friendly golf, those of us who are enthusiastically incompetent at this grand game are well ahead of the curve. Let's face it, we tend to recycle the same old rubbish every time we step on to the course. 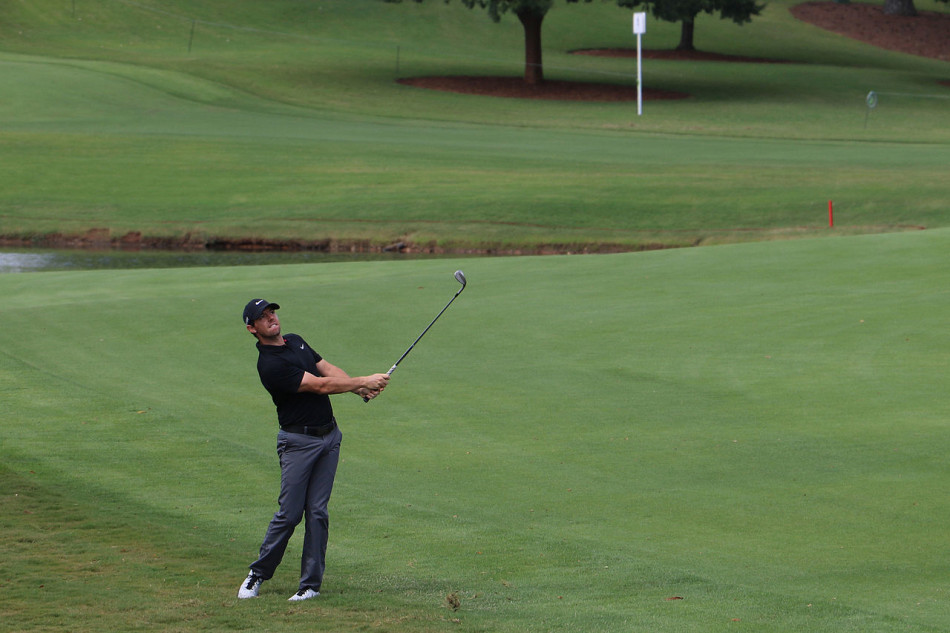 The term 'sustainability' may crop up everywhere these days but it's far from a buzzword. Rather, it's the bedrock upon which golf is trying to build, well, a sustainable future.

The game's green credentials have come under significant scrutiny in recent years. Major developments on sensitive land - I'm not mentioning any Trumps here - have brought the kind of grim coverage you'd get if you hosted a soiree in a Downing Street garden.

Meanwhile, mighty expansions to existing championship courses to combat the modern game's big-hitters, the slurping of vast reserves of water, chemicals sprayed here and there and the general jet-setting demanded by the global tours, gives golf a carbon footprint that would have Extinction Rebellion activists blockading the R&A's Spring Meeting.

"The public conversation about golf and sustainability over the last 20 years has been much more on the negative side," admitted Jonathan Smith, the founder of the GEO Foundation for Sustainable Golf, which sits less than an hour from the Scottish capital of Edinburgh. "But it's golf's job to let people outside the game know what action the industry is taking and what results and value it is generating."

There is plenty of good work being done. Smith, who took on a role as the Scottish Golf Union's environment adviser back in 1996 in a groundbreaking appointment, has spent 25 years helping golf protect nature, benefit communities and conserve resources.

His non-profit organisation is a come all ye centre of knowledge and guidance which everybody - from the game's governing bodies to the professional tours through to local clubs - continue to embrace. As environmental issues intensify, that expertise is proving to be a vital club in the bag.

"In many ways, it can be a simple journey," Smith said of some of these steps towards sustainability which can include anything from zero-emission buggies to birdhouses and beehives.

"A club could, for example, identify ten patches of semi-rough that could become rough. The course then becomes more naturalised. That, in turn, cuts back on man-hours and fuel for maintenance and that could be a saving of, say, £4,000 a year..

"It's about creative thinking. Last year, we got a lot of people coming to us saying 'we get it now, we need to do something, how can we do it?'. We are seeing a lot of interest in naturalisation, water resilience and new generations of energy. If you're not looking at these things now as a land-based sport then the world is working against you. You are wasting money, you have heightened costs, you have people heckling you about turning your land into housing estates. Sustainability will define most sectors, not just golf, for decades to come, if not forever. This is about golf being on the front foot."

There's plenty of food for thought. Rory McIlroy recently confessed to the "guilt" he felt about his carbon footprint and revealed the costly offsetting measures he was employing in consultation with the GEO Foundation. It was music to Smith's ears.

"Rory's authenticity really matters," he said. "When he is trying to play his part then club managers, greenkeepers, everybody sees that and it filters down. Golf binds us and we're all in this together."

Go to big professional or amateur events these days and there are concerted, high-profile efforts being made to promote the sustainable message, whether cuts in single-use plastic, recycled caddie bibs or paper-free media centers.

"We have to be open about the challenges," said Smith. "How can golf become a net-zero sector? That's not easy. But it's better to say it's not easy and explain why we are trying to find ways to make it better. There are going to be some quite significant pressures long term. Imagine, for instance, if in some parts of the world golf didn't have access to irrigation water? What would courses look like and what would players think of that? I'm not scaremongering; there are solutions to these things. But golf needs to find those solutions and to making the future it wants to happen."

You can read the original article from The Herald Scotland HERE