Ross MacFarlane took the shot of the cheeky deer on his phone, and didn't realise until later how special it was. The Balloch man's stunning shot of deer in Glencoe has proved a smash hit in an online photography competition. 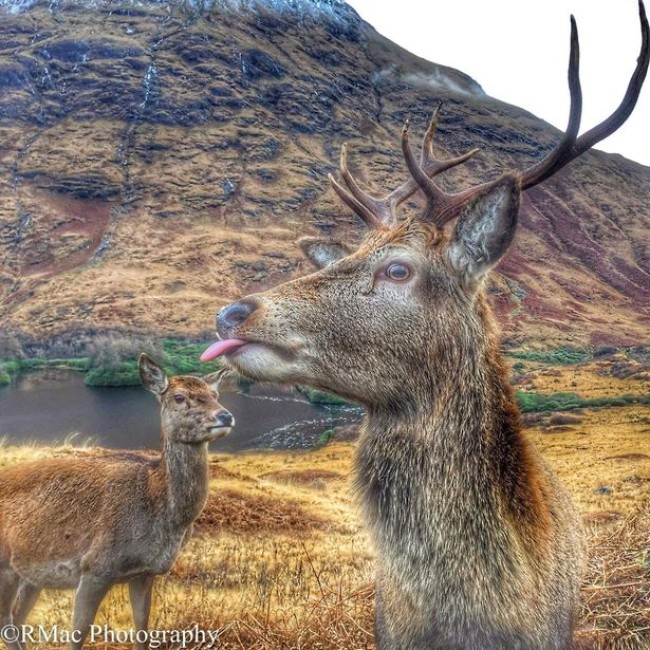 Ross MacFarlane, a greenkeeper at The Carrick, managed to snap the cheeky deer with its tongue out on a visit earlier this year, and entered it in a competition ran by the Kingshouse Hotel - with more than 3000 people picking Ross's work as their favourite from hundreds of entries.

And its popularity has come as a surprise to Ross - who didn't really at the time how special the shot was.

He told the Lennox Herald: "I just took it on my iPhone, so I reckon it was just a lucky shot if I'm being honest."

"It wasn't until I got home that I noticed and thought that it wasn't a bad shot."

"It's been getting shared all over the place, so I'm happy with that and a few folk have even got in touch asking to buy canvas prints of it or whatever - so I'll see about that once things have calmed down after Christmas and stuff."

Ross only took up photography as a way of escaping the stresses of everyday life, and the picture isn't the only reason why Glencoe has a special place in his heart.

He continued: "We go to Glencoe every February because that's where me and my fiance, Dorothy, got engaged, and that's where we got it."

"I entered the competition because Glencoe is a really special place for both of us and I thought it might be nice to get a wee break at this time of year, especially before Christmas and then getting everything sorted for the wedding."