Plans for Rosslyn Park to give their Priory Lane ground a major facelift have been approved by the local council. 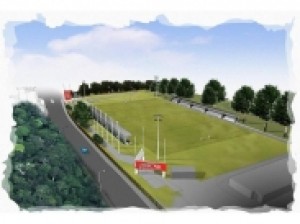 An estimated £1.5m proposal has been approved by Wandsworth Council to add a new artificial 4G pitch, a new stand on the Upper Richmond Road side of the ground and new digital advertising displays.

Also included in the application is a proposed full time community outreach programme to provide local schools and clubs with a coaching service.

An online poll saw approval rating for the developments at 95% and Rosslyn Park now have up to five years to complete the work.

The plan has been labelled by the National League One club as "securing the club's future" and managing director Shaun Justice reiterated that idea when making an official statement.

He said: "I am so pleased that Wandsworth Council have supported ourn plans which will secure our club's future for years to come."

"After 18 months of hard work, the support we have recieved from members and the local community has been fantastic and we look forward to sharing the benefits of this enabling project."

The developments will be funded through the advertising revenue generated by the three new digital outdoor advertising screens which can display a different message every six seconds and could bring in an estimated £170,000 each year.