The fact that The Royal Opera House has had to move it's stage building facilities from their old home within the Olympic Park to a 14 acre site in Purfleet, Essex has created the opportunity to not only build a new, elegant, ultra modern, central working warehouse, but also return the existing buildings and surrounding landscape to their original pre 17th century origins.

"This was an old agricultural site with listed buildings" says Clive McDonnell of Clive McDonnell Landscape Design, who has been involved with the site master planning (in conjunction with Nicholas Hare architects) and thereafter the soft landscape design from the start. "A specialist architect is overseeing the refurbishment of the buildings and they will become a café, a restaurant and education facilities. We are doing all the soft landscaping and have appointed Gavin Jones Ltd. as our landscape contractor." 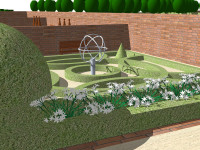 Faced with a derelict walled garden about the size of five tennis courts, McDonnell worked with historic gardens expert Caroline Holmes who supplied ideas and plant lists. "We've reinstated an orchard with semi mature Pear, Mirabelle, Apple and Cherry trees from Germany under planted with cowslips, and we're intending to plant an "opera" border with perennials creating a flowing pattern, punctuated by Agapanthus, Alliums and Red Hot Pokers to depict musical high notes," he explains. "The walled garden will also contain a performance space, a Tudor Knot garden and a kitchen garden, where the emphasis will be on growing older vegetables such as white carrots, which will help supply the restaurant." 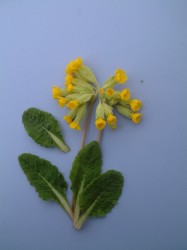 Beyond the walled garden the landscape architects are reinstating a down land meadow on a south facing chalk escarpment. Thousands of chalk loving native wild flowers such as Harebells, Clustered Bell Flowers, Hoary Plantains, as well as more cowslips are being grown and supplied by Linda Laxton's specialist Norfolk nursery, British Wild Flower Plants (BWFPs). "We're also growing the common Daisy for this project," she says "as well as Meadow Clary, Vipers Bugloss and Drop Wort." We collected a large number of seeds two or three years ago at a chalk quarry just down the road from Purfleet , so we've plenty of stock."

The finishing and perhaps the most important element in the re-created landscape is the installation of traditional hedgerows that evoke the area's original farmland character. "Previously there were no hedges on site," says Clive. "We've put in half a kilometre of woven hazel frame and added thousands of native hedge land plants such as Hawthorn, Blackthorn and Sweet Chestnut." The new hedgerows will be under planted with more cowslips and chalk loving wild flowers again supplied by BWFPs..

The Landscape Architects are looking to be finished by late summer to early winter, while the new set building warehouse, currently under construction will take considerably longer. The whole site is expected to open in early 2011. "From the artist's impression it looks like a huge, graceful arc," says Clive. "It will be timber clad, which will help it fit into the landscape, and feature a colossal, sweeping green roof." 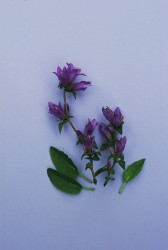 Clive McDonnell Landscape Design can be reached at:- www.cmld.co.uk