by Christian Lockyer
in Parks & Gardens, Parks, People, and Public Places
on 09 Jul 2016 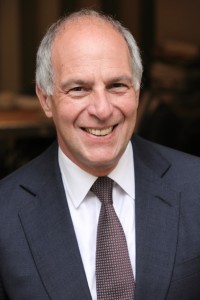 A new Royal Parks charity will be led by lifelong arts and heritage enthusiast Loyd Grossman CBE following his appointment as its new Chairman.

Mr Grossman has a long association with the arts and heritage sectors. He is currently a patron of the Association for Heritage Interpretation and Heritage Open Days, is the President of the National Association of Decorative and Fine Arts Societies (NADFAS) and since 2009 has been the Chairman of the Heritage Alliance - the UK membership organisation that represents more than 100 leading non-governmental organisations across the heritage sector.

He has served on the Boards of a number of cultural institutions including English Heritage, the Museums and Galleries Commission and the Public Monuments and Sculpture Association. He has also been a former Commissioner for the Royal Commission on the Historical Monuments of England and has just completed nine years as Chairman of the Churches Conservation Trust.

In 2015, Mr Grossman was awarded a CBE in the Queen's Birthday Honours List for services to heritage.

He will be the first chairman to lead a new charity which will manage and fundraise for London's Royal Parks. In February, the government gave its approval to plans by The Royal Parks Agency and the Royal Parks Foundation (the charity for the Royal Parks) to create a new public corporation. The process of applying for it to be granted charitable status from the Charity Commission is now underway.

Following his appointment, Mr Grossman said: "I'm thrilled to be taking on this role at such an exciting time for the organisation. The Royal Parks are the finest in the world and I will do all that I can to ensure that they remain so.

"I am looking forward to working with the dedicated team which keeps the parks looking so splendid, as well as hearing from the visitors and others who love the parks about what we can do to make things even better."

Andrew Scattergood, the Chief Executive of The Royal Parks Agency said: "Loyd will play a pivotal role in shaping the future of the Royal Parks. He brings with him a wealth of knowledge and experience which will be invaluable to the new organisation.

"I would also like to pay tribute to The Royal Parks' outgoing Chairman, Apurv Bagri, who has given outstanding service to the organisation over the years."

Sara Lom, the Chief Executive of the Royal Parks Foundation, said: "Loyd's distinguished track record in championing Britain's heritage makes him the ideal Chairman to lead the new charity that will protect and enhance the national treasures which are our Royal Parks.

"To have such a respected household name at the helm, with experience across many sectors, including the media, will be a wonderful asset."