by Martin Harper RSPB
in Conservation & Ecology
on 04 Aug 2016 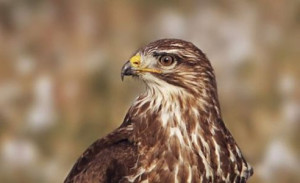 The thorny issue of licenses for buzzard control reappeared when Natural England issued a licence permitting the control of up to 10 buzzards to "prevent serious damage to young pheasants".

The killing of a recovering British bird of prey to protect an introduced gamebird for the benefit of commercial interest is wrong. The decision sets a worrying precedent. What will be next? Red kites, peregrines, hen harriers?

The fact that these commercial interests remain private and confidential is the second troubling point. Where is the transparency in this decision? As an issue of public interest why must it remain confidential?

Most importantly, I believe the legal framework behind this decision is broken. There needs to be a public policy debate about how can it be right that as a growing number of gamebirds are released, a protected bird of prey is in the firing line to safeguard a shootable surplus of pheasants.

Forty five million pheasants and six million red-legged partridge are released into the countryside each year. We don't know what the ecological consequences of this introduction are but it's hardly surprising that it attracts predators. The loss of some of these gamebirds is an inevitable consequence of doing business. Natural predators should not be bearing the cost in this instance. What we really need is the gamekeeping industry to identify ways in which they can live alongside buzzards and invest in protecting their poults without resorting the lethal control.

Some might say about our position, you control wildlife, what's wrong with people controlling buzzards to protect pheasants?

This misses the point entirely. 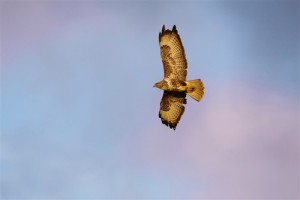 The control of predators is sometimes necessary for conservation and the RSPB is open about its use of such control on its own reserves. Deciding to use lethal predator control is something we never take lightly, it is always a last resort after other methods of non-lethal control have failed. But there is a fundamental difference here. We use it in order to protect and conserve a public good, species already under pressure, delivering nature that all can see and enjoy. In the case of the buzzard license, the control is designed to protect a private, commercial interest.

Whilst some will try to paint it as such, this isn't about the RSPB deploying an anti-shooting agenda through the back door, this is about us wanting to see a public debate around our relationship as a country with the natural world in the 21st century.

A test of a modern society is one that tolerates predators and finds ways to live in harmony with them. Reaching for the gun, every time there is a perceived conflict, is the wrong response.

If you feel strongly about this topic, please sign the petition HERE