by External source
in Industry News
on 01 Apr 2012 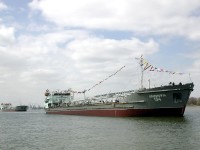 A fleet of ageing Russian oil tankers are being used to ferry melted ice to the UK to replenish reservoirs in the east of the country.

With the polar ice cap now in its spring seasonal melt, the tankers - eight of them in total - are collecting water from an area close to the Gulf of Ob in the Kara Sea. The largest of the tankers is capable of carrying the equivalent of 2 million barrels of crude oil; a gross DWT (deadweight) of 550,000 tonnes. The smallest vessel will transport 315,000 tonnes (1.3m barrels).

The first of the tankers are due to dock in Southampton and Felixstowe on Tuesday, where the massive task of pumping the water from the vessels and into liquid carrying road tankers will begin. Tankers have been supplied and, in some cases, seconded from the MMB (Milk Marketing Board) various Breweries including Scottish & Allied, and other transporters of non-toxic liquid. 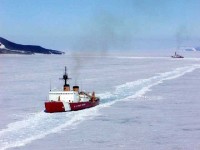 A spokesperson for Thames Water said: "The water is being 'harvested' from some of the purest ice-melts possible to ensure quality of supply. Even then, the water will need to pass through our purification plants at least eight times to reach an acceptable standard. Along with neighbouring water authorities, we have taken this action to minimise the effects of the hosepipe bans due to start on 5th April."

The spokesperson went on to say: "This has been a concerted effort by all concerned and, even if we get the forecasted rain in mid-April, will be ongoing throughout the month, and possibly into May. We hope this action might, in some cases, avert Drought Orders."

You can see pictures of the water harvesting operation by visiting www.yadslooflla.ru