An international cricket stadium built using local materials and sustainable building practices has opened in Rwanda, with a design inspired by a bouncing ball and the country's rolling hills. 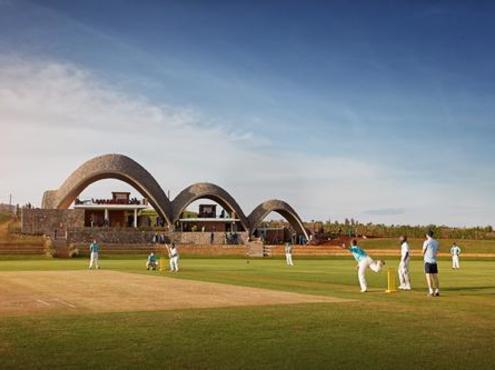 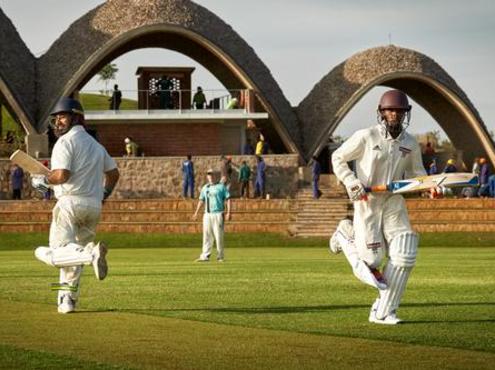 Cricket is Rwanda's fastest growing sport and has been used as a tool to bring people together in the country, which was torn apart by genocide in 1994.

To accommodate the growing demand and the counter the lack of purpose-built facilities, the Rwanda Cricket Stadium Foundation was established to create a dedicated home for the sport on a 4.5 hectare plot on the outskirts of Kigali, the capital.

Architecture practice Light Earth Designs - based in the UK and South Africa - were commissioned over five years ago to plan the facility using local labour and construction techniques to build skills, avoid imports and lower carbon levels.

Facilities at the stadium include dressing rooms, a press viewing area, a bar and restaurant and a clubhouse offering free HIV testing for the local community.

The ground is spread across three vaulted self-supporting structures with parabolic roofs, created using recycled ceramic tiling and compressed earth blocks formed of 95 per cent soil and 5 per cent cement.

The building grows out of the cut soil banking that was formed as the pitch was levelled - becoming part of the landscape and creating a natural amphitheatre with views to the main pitch and wetland valley beyond. 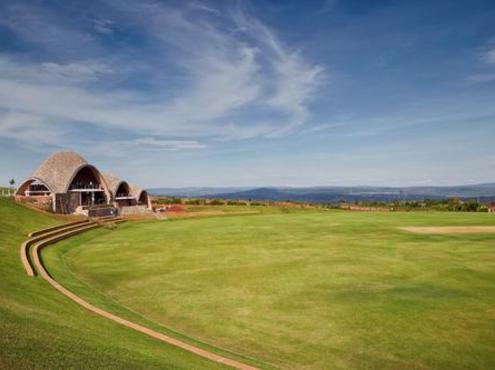 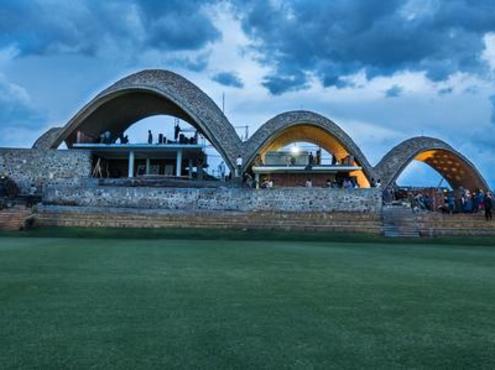 "The project is innovative both from the point of view of sport and architecture," Light Earth Designs founding partner Michael Ramage told CLADglobal in the early stages of development.

"The idea of bringing cricket at an international level to Rwanda is very important for the development of the sport in the country and will allow for fixtures that generate a lot of interest inside and outside the country.

"Architecturally, it's a building that's very much of Rwanda built by Rwandans for Rwandans. It will be something the entire country can take pride in.

"It grows out of an in-country interest in the design, rather than being something wacky and imposed from outside."

In a statement reflecting on the completed pavilions, Light Earth Design said: "While the language of the building speaks about progression and dynamism through extreme structural efficiency, the materials speak of the natural, the hand-made and the human.

"The imperfections are celebrated, they are human and beautiful, and when combined with the layering of natural textures, the building celebrates this wonderful place - a place where we've worked and lived for over five years."

The second phase of development will see a multi-purpose facility added, including dormitory accommodation, a swimming pool, gymnasium and six tennis courts.

The facility will be run on a not-for-profit basis, operating a 'sport for all' policy to encourage Rwandans of all ages, genders and backgrounds to try cricket. A training, coaching and support structure will also be introduced by the foundation and the government.

The construction of the stadium was backed by crowdfunding and donations, with cricketing legends David Gower and Michael Vaughan, and former British prime minister David Cameron among those who publicly supported the campaign.