Binstead-born Doug Rigby has helped develop Ryde Golf Club's popular course into one of the best and challenging on the Isle of Wight over his 40-year career. 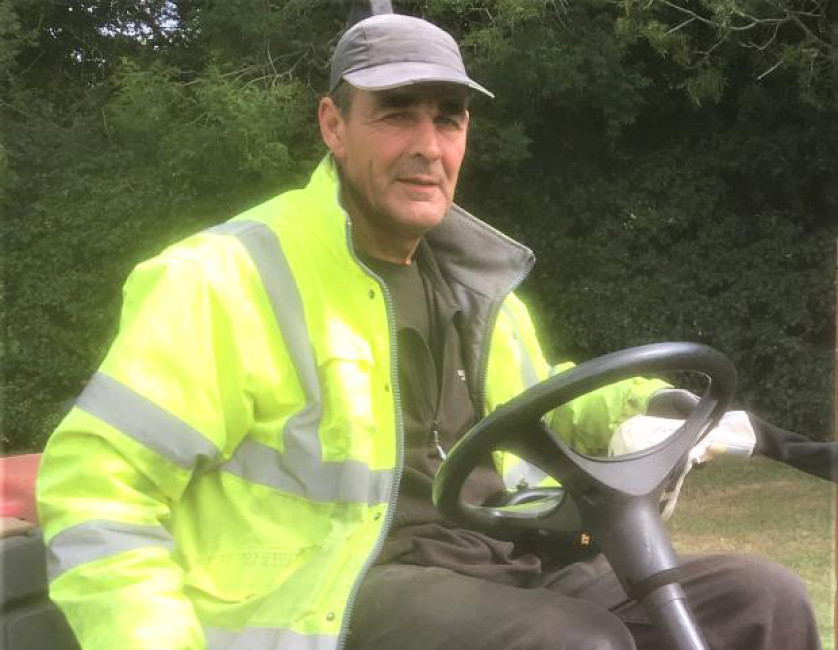 Doug, 56, who joined the club straight from school, is believed to be one of the longest serving greenkeepers in the industry.

After a trial working under John West initially, then Paul Knight, who went on to become Shanklin and Sandown Golf Club's greenkeeper, Doug has made Ryde the envy of many clubs in the South.

With the advancements in technology, more televised golf events and a shift in the seasonal patterns, Doug, of Jellicoe Road, Binstead, has seen many changes during his career.

Doug said: "I always thought of Ryde Golf Club as like my back garden."

"I enjoy getting up early in the morning and being on the course - seeing the sun rise, red squirrels running around - you can't beat it this time of year. I couldn't work in a factory!"

"It's a seven day a week job and it does take over your life a bit, but it gives me great pride and satisfaction what I've achieved in 40 years. It's gone in the blink of an eye." 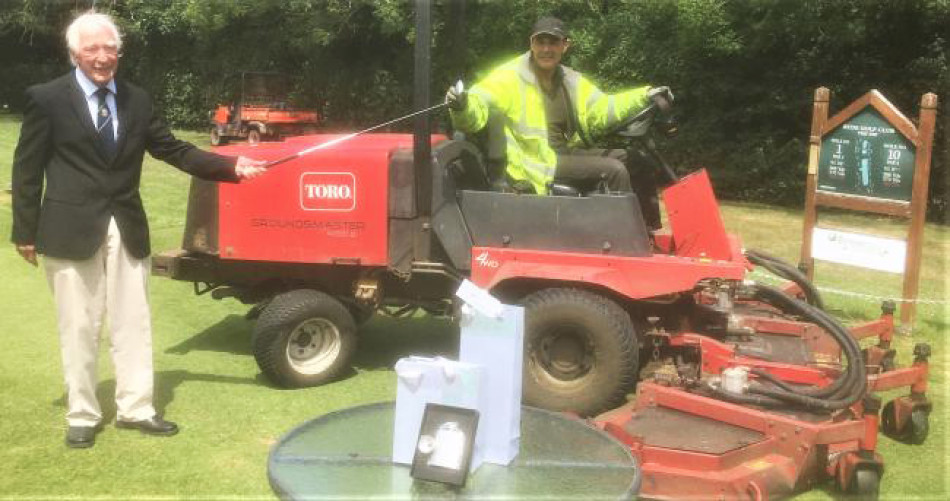 Club president, Mick Timms, celebrated Doug's landmark by presenting him with a bottle of his top tipple, gift vouchers and an engraved hip flask - at a club's length!

From what was once a very open course, Ryde looks resplendent following Doug's introduction of almost every variety of native tree imaginable to it.

"I've noticed how much the weather and seasons have changed over the years," said Doug.

"When I first came to Ryde, the ground was frozen in October and I used to have to use a lighter to get the key in the shed door. Even the kettle was frozen.

"The fairways were like aeroplane runways, but I've always planted trees - getting cuttings from wherever I can and growing them.

"The second fairway used to be so open, but now it's one of the hardest holes because of all the trees and out of bounds areas."

Doug, also a keen fisherman and metal detectorist, was put on lockdown for five weeks, which he said had "done his nut in" after breaking his busy routine.

He has, since, had to put in an 80-hour week to get the course back to how it was before lockdown.

Club president, Mick Timms, celebrated Doug's landmark by presenting him with a bottle of his top tipple, gift vouchers and an engraved hip flask - at a club's length!

He said: "Doug is a super guy, who is tireless, adaptable and resourceful. Nothing is too much trouble for him."

"To achieve 40 years of loyal service at Ryde is incredible."

"His work is a greenkeeping masterclass, making Ryde one of the Isle of Wight's most prestigious courses."

"Doug's ingenuity has saved Ryde thousands of pounds over the years too. He is an absolute godsend and we're very lucky to have him."