Findings from the SALTEX 2019 post-show exhibitor survey have confirmed that the 2019 event was extremely valuable for a high percentage of groundscare exhibitors. 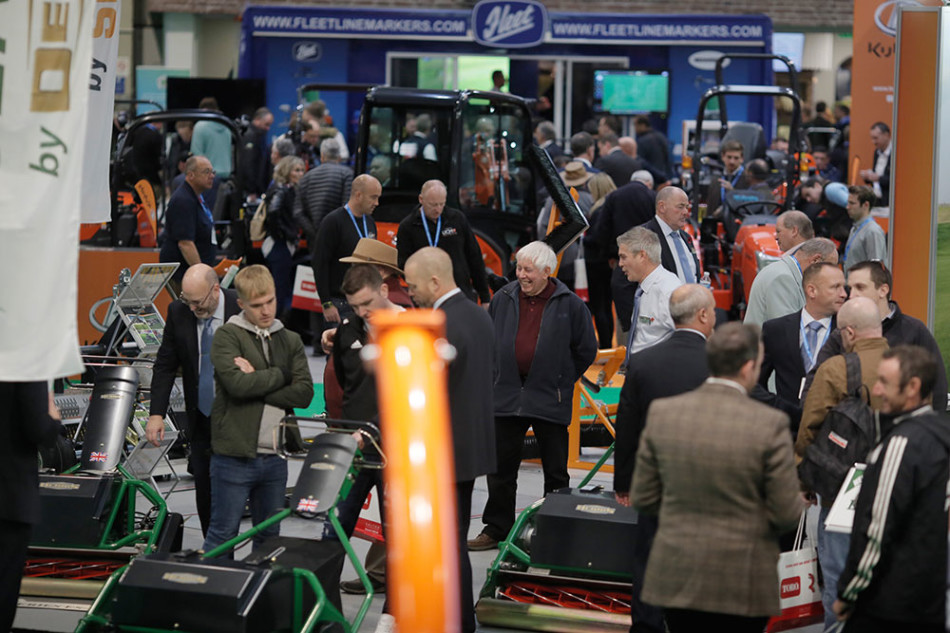 In fact it was deemed so successful that more than half of exhibitors reserved their space for the 2020 event before the end of the 2019 show and organisers have since reported a record number of repeat business, stand upgrades and an influx of debut exhibitors - with more than 200 companies committing to SALTEX 2020.

The survey findings confirm that 96 per cent of survey respondents generated new sales leads and 82 per cent have already taken orders as a direct result of exhibiting at the show. The record-breaking 9,104 attendance was rated as excellent by 85 per cent of exhibitors and, crucially, the quality of visitors scored 91 per cent.

Derek Smith, amenity sales and marketing manager for DLF Johnsons Sports Seed, was particularly impressed with the number of international visitors: "We've had a fantastic show again this year. It was the busiest we've experienced for many years. It was great to see the diversity of visitors - particularly from outside the UK, which was great for us."

SALTEX is the official annual meeting place for the groundscare community. More than 500 groundscare brands were showcased at SALTEX 2019 and 83 per cent of survey respondents claimed the launches proved to be hugely successful.

According to Reesink Turfcare managing director David Cole SALTEX was the ideal platform to introduce new products to the international groundscare market. "We used SALTEX to launch new products and had a great reaction this year. The progressive development of the show at the NEC and enhanced access to the potential customers is improving year on year," he said.

Craig Hoare, sales and marketing manager for Hayter and Toro, says that SALTEX presents an unmissable opportunity to showcase the company's product range to a relevant audience.

"SALTEX offers a great opportunity to connect with our customers and dealers. There is such a broad spectrum of visitors - from independent landscapers through to large sports clubs and amenity operators. SALTEX just keeps getting better and better."

"We've exhibited at SALTEX for many years and believe that the show is the number one in the marketplace for us," said Roger Moore, sales and marketing manager at Dennis and SISIS. "SALTEX 2019 was a huge success for us. The show was incredible regarding the number of visitors coming through the doors and the new and existing customers visiting our stand."

The survey also revealed a fascinating insight into SALTEX's extensive range of exhibitors, which included 22 companies from outside of the UK, covering a broad range of groundscare categories:

In addition, it was also encouraging to see that 89 per cent of exhibitors felt that the UK's decision to leave the EU will not affect their business.

This year, the exhibition will be celebrating its 75th anniversary and 93 per cent of survey respondents confirmed that they will be returning to exhibit on 4 and 5 November.