It has been a long and mixed few months for Australians in Europe. The Socceroos put in a valiant but ultimately disappointing display at the 2018 World Cup in Russia and the Australian cricket team fell to a 6-0 one day international loss at the hands of England. 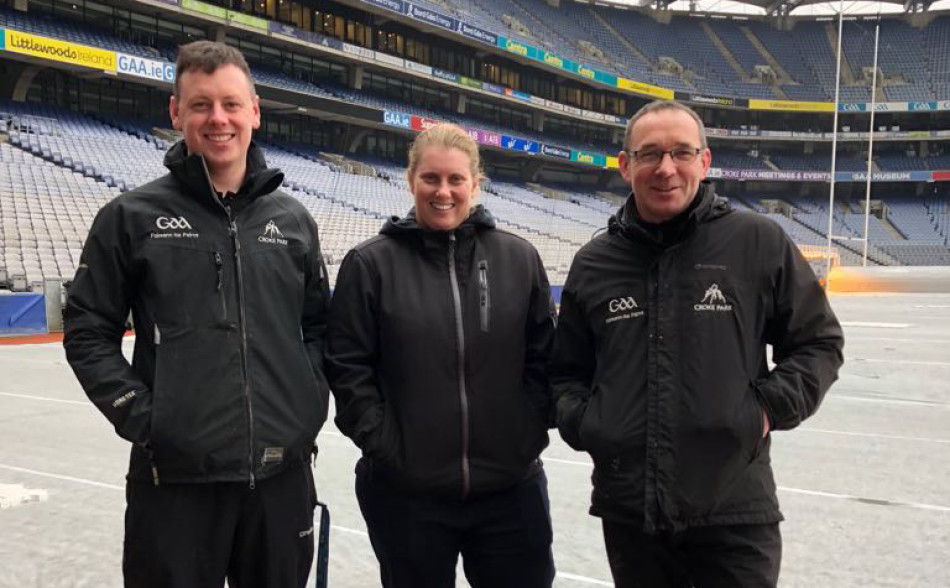 But, for one Australian travelling to Europe under the Campey Turf Care banner it's been a positive experience - maybe even a winning one. Samantha Butler is a horticulturist and greenkeeper back in her native Australia based at the Sydney Olympic Park and wanted to extend her knowledge and skill set to progress her career.

Her desire to do this was such that she was happy to take time off work and travel halfway around the world and swap the heat of New South Wales for the colder climate of Macclesfield, although the heat wave has been an unexpected bonus!

"It's been a wonderful experience and a real eye-opener," she said. "I work for a company called the Royal Agricultural Society of New South Wales which is based in Sydney Olympic Park. Being one of the only females working in a major sports stadium back in Australia and wanting career progression I originally reached out to Mike O'Keefe from the Ohio State programme.

"With 3 months at Campey I've been to a couple of countries because they never stop. I've been very well looked after, and they've made sure everything has been in place for me and it's been wonderful.

"I wasn't keen on focusing on just golf because I work in a stadium that has all sorts of sports from A to Z, so, I wanted to see how different venues do different things and with Campey I've been to football pitches, cricket pitches, golf clubs and a few stadiums like the Aviva Stadium and Croke Park where they host similar sports to us.

"It's a lot different over here and a lot of that is down to the cold weather. it's interesting to know situations change in different climates and how turf comes back from colder weather. When I was in Ireland the fog was so bad you couldn't see 10 feet in front of you, so I went to some of the nicest courses, but I couldn't see anything!

"You get to see through the eyes of different groundsman and get a feel for what they do as well as getting to speak to them and see their machinery and equipment.

"It's given me a good idea of how other people operate and helped me make contacts in the industry, and helps to bolster my CV, which was one of the main points of the trip."

Following her time with Campeys, Sam will join Steve Braddock at Arsenal Football Club for 3 months to get the first-hand experience of maintaining one of the most prestigious training grounds in world football.