1 Save the bees – feed them tobacco

Chomping on tobacco is not the first thing that springs to mind when considering how to lead a healthier life - yet the nicotine-rich plant is exactly what bees should feast on if they want to reverse their alarming decline. 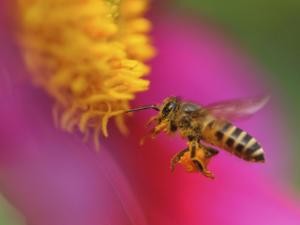 Scientists have discovered the natural chemicals found in the flowers of tobacco and other plants can reduce infection levels of a common bumblebee parasite by more than 80 per cent. Insects that were fed a diet of anabasine, the alkaloid found in tree tobacco, were "more likely" to be parasite-free after one week.

The lab-based findings show that growing these kinds of plants around farm fields could create a natural "medicine cabinet" that improves survival of diseased bees and pollination of crops, according to the researchers from Dartmouth College and the University of Massachusetts, Amherst in the US.

The team studied parasite infections in bumblebees, which like honeybees are important pollinators that are in decline around the world, a trend that threatens fruits, vegetables and other crops that make up much of our food supply. The scientists, whose work is published in the Royal Society's biological research journal Proceedings of the Royal Society B, said the concentrations used in the study probably underestimate bees' actual exposure to plant chemicals.

"One possibility suggested by our results is that bees could self-medicate by consuming plant secondary metabolites when they are infected with parasites," the researchers said. Senior author Professor Rebecca Irwin of Dartmouth said: "We are extending our results from the lab into the field with planned research to assess how planting plants in pollinator strips around agricultural crops will affect bee disease and pollination services to crops."

Changes in agricultural practices have largely removed flowers from the landscape, leaving bumblebees with little to feed upon. Most of the UK's 24 species have declined greatly in recent years, and two have become extinct since 1940.