0 Coventry School Foundation steps up sport for all

A wealth of sporting opportunity awaits Midlands schools and clubs since the transformation of two redundant hockey pitches. 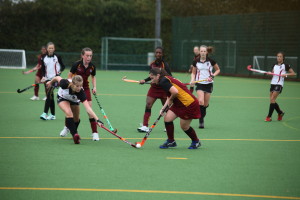 The existing sand-filled pitches were in a state unfit for sport and desperately needed attention, reports Coventry Schools Foundation Bursar Michael Shaw.
"The pitches were really showing their age and prone to flooding, so addressing the issue was one of my priorities when I came into post three years ago.

"The senior school in particular was being deprived of sporting opportunities and we are committed to giving all five schools in the Foundation the best possible facilities," he adds.

After studying several options and discussing the issue with SIS Pitches Sales Director Stephen Spaven, whom he had met at a bursars' conference, Shaw put the upgrade project out to tender.

"SIS won the work because I was impressed with their deep technical knowledge and experience of installing sports pitches," he explains. "They explored the problems on the surface and underground, then came up with a solution that has enabled us to expand the scale of sporting provision here for our schools and the local community. Most important of all, our PT staff were fully on side and were involved with the project from the start."

Community uptake is brisk. Local schools such as football team Christ The King FC are already capitalising on the reborn facility, which is open every day for hockey and five-a-side football, as well as the 11-a-side version, and tennis.

Revenue raised from renting out the pitches to the local community will fund later improvements as and when they are needed, Shaw adds. "Our aim is for the facility to be self-financing rather than to act as a major cash generator."

"Our report on the surface showed that the old surface was not in keeping with the standards the school required to provide the best facilities in the region, " explains Simon Mroczek, SIS Pitches UK Contracts Director.

A CCTV scan revealed that the original drainage had collapsed and games were being cancelled because of flooding, particularly at one end. We installed a new drainage system, including laterals at 10m centres underneath both pitches, plus two collection drains into the existing outfield.

He continues: "The old surface was lifted off and the levels fine-tuned by introducing a 30ml dynamic layer of 2-6ml stone, ready for laying a 40ml porous Tarmacadam layer and an in situ 15ml shockpad of SBR rubber and binder, mixed and applied on site using our own equipment, before we rolled out and sand-dressed nearly 11,800m2 of the Pro Hockey 18mm mono carpet."

A paved pathway around the pitches was removed to maximise available surrounding space and SIS introduced a rebound dividing fence to allow more freedom of movement between the two playing areas, installed a kickboard for the lower sections and upgraded the perimeter fence. Independent testing house Labosport was called in to certify the surfaces to FIH standards.