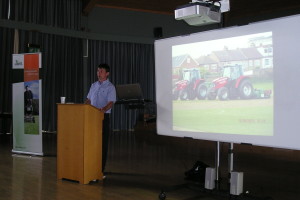 Fifty groundsmen from independent schools throughout southern England and the Midlands were presented with a wealth of useful advice and information at a recent seminar aimed specifically at turf professionals working in the independent schools sector.

Held at Radley College in Oxfordshire, the seminar was organised by Everris's Michael Fance and Emma Kilby, with encouragement and support from Adam King, the college's grounds manager.

Linking with Emma's talk, the following presentation was given by Henry Bechelet, Everris's technical sales manager, who spoke about fertilizer technology and the science involved in plant growth regulation.

Henry used new research results from STRI to highlight the benefits to be achieved from the use of controlled-release fertilizer in terms of turf quality and reduced costs, pointing out that coated fertilizers can be significantly less expensive to use than conventional when applying the same amount of nutrient.

"Groundsmen should not view coated fertilizer technology as being a luxury or off-limits," he said. "In fact, the product can be better, cheaper and require fewer applications."

Henry moved on to discuss further research that highlighted the added benefits of using the plant growth regulator Primo Maxx in conjunction with controlled-release fertilizer technology. "Properly combined, the treatments can produce amazingly good turf without costing the earth," he said. 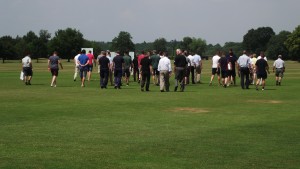 Dougie spoke about the work carried out during the year in the main stadium and on the training ground, highlighting the intensive renovation programme undertaken within the narrow window between the end of one season and the start of the next.

Following lunch, Simon Taylor, Everris's Product & Business Development Manager, Grass Seeds, EMEA, detailed the extensive work that goes into the development of new grass seed varieties and blends, leaving delegates in no doubt that Everris is a serious contender within the sector.

The seminar session ended with a fascinating presentation by Monsanto's Robert Plaice on the history of broad-spectrum systemic herbicide, glyphosate, and the Roundup brand, marketed by Monsanto, since the early 1970s.

Adam King, grounds manager at the host venue, believes that the day's varied content had been spot-on and was delighted that the event had been well supported. 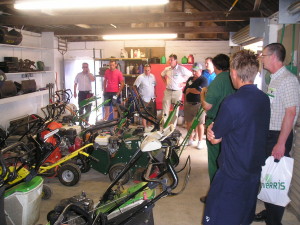 "It's a busy time of the year, so it was good to get 50 groundsmen attending, some of whom had travelled quite long distances," he said. "The general feeling was that the schools sector has been a little neglected in the past so hats off to Everris, its distributors and Monsanto who supported the event."

David Roberts, grounds manager at Charterhouse School in Surrey, said the seminar had proved extremely worthwhile, providing plenty of useful information and a great opportunity to network with other school groundsmen, many of whom he had known previously by name only. "To my knowledge, this was the first-ever event of its type laid on specifically for independent schools groundsmen," he said.