Scotland is set to see a bumper year for jenny and daddy longlegs after millions of the grubs that develop into the crane flies were found underground. 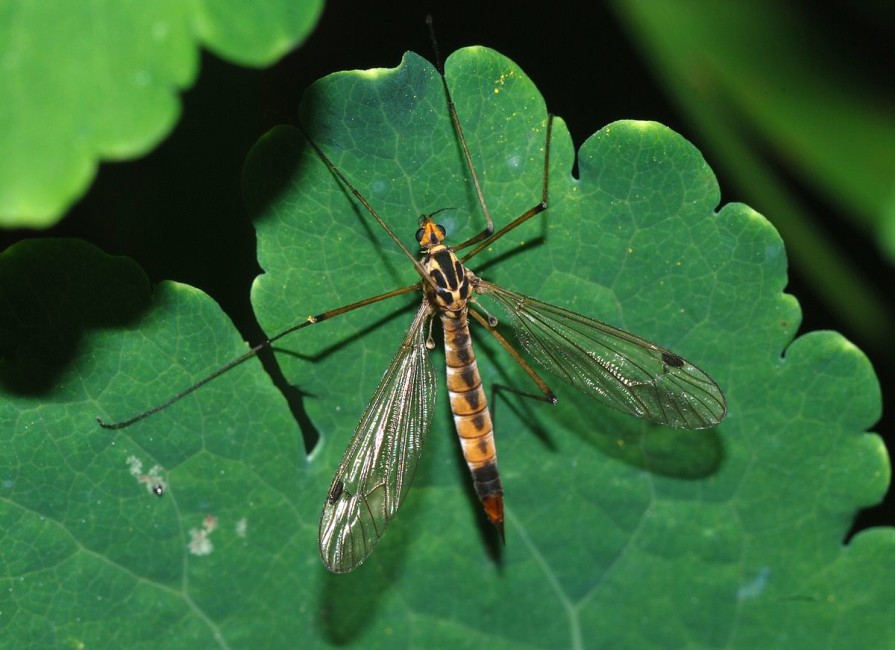 A change in climate, with wetter conditions over the last 20 years, has led to an increase in populations.

Although many people are scared of the insect they are not harmful to humans, but farms and gardens are at risk.

Leatherjackets are known to eat the roots and shoots of cereal plants such as oats, wheat and barley.

'Damage limitation'
Gardens are at risk as the grubs also commonly eat the roots of grasses.

Scotland's Rural College has conducted an annual survey in central and south-west Scotland since the mid 1970s.

On average, a million grubs live in each hectare of land surveyed by SRUC.

Ayrshire, Bute, Lanarkshire, Renfrewshire and Dunbartonshire were also found to be areas of "high risk" to damage of grassland.

The hatching of the insects is expected to peak in June and July.

Daddy longlegs numbers were once controlled with the use of pesticides, which are now banned.

Products containing chlorpyrifos were banned in 2015, meaning there is no longer an effective way of killing leatherjackets chemically.

Prof Davy McCracken, co-author of the SRUC study said: "The large numbers of grubs in the soil are bad news for farmers as the grubs eat grass and crop roots.

"But it is good news for many farmland birds - across Scotland we can see birds such as starlings, rooks, curlews and lapwing all feeding themselves and their chicks on the surplus of grubs."

Householders keen to keep the six-legged insect out of doors have been urged to remember to keep windows shut and, where possible, lights off.

You can read the original article from BBC Scotland HERE