by Matthew Gallagher, Daily Record
in People and Golf
on 18 Jul 2020

Scott Fenwick remembers hoisting the bag over his shoulder and playing from sunrise to sunset at Craigie Hill Golf Club. 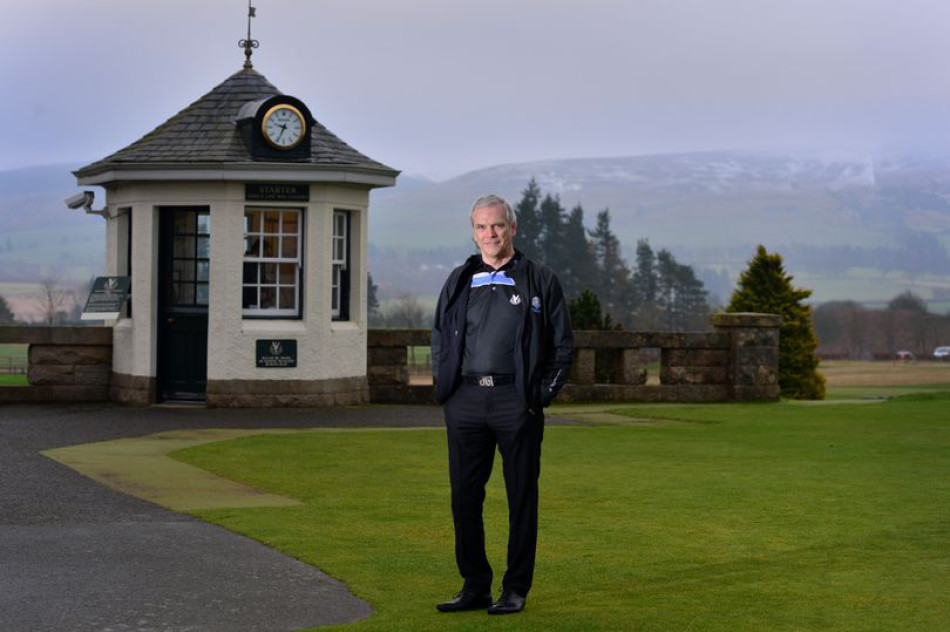 At this point, the young Perth High School student harboured dreams of rising through the ranks to stardom on the professional tour.

That particular dream was not realised but his journey in the golfing world has taken its own unique and incredibly successful pathway to the top.

It was 40 years ago when Scott, a shy 16-year-old at the time, was talked into applying for the position of apprentice greenkeeper at Gleneagles.

"As a youngster I was a keen golfer and played a lot," reminisced Scott (56).

"I harboured ambitions of being a pro golfer. When I was leaving school I was going to become a joiner, but my dad had said there was a greenkeeping job at Gleneagles."

"I came out for the interview, got the job and everything moved on from there."

"At that time the main shed was a small bothy area."

"I remember there were a lot of people and it was quite intimidating, all of these older guys and young 16-year-old me turning up for work in the morning."

"Back in those days you started off quite basic. The majority of it was raking bunkers in the morning and then out filling divots for the rest of the day. You got your wheelbarrow full of soil and off you went around the golf course."

Those humble beginnings laid important foundations for progress and he would later be appointed Gleneagles' golf courses and estates manager.

Now director of agronomy and estates, Scott has been reflecting on four memorable decades of success at one of the world's finest golfing resorts.

"I was inspired by seeing the guys doing all the different jobs," he says.

"It made me realise there is a lot more to looking after a golf course than I first thought.

"As time went on, the thoughts of becoming a golfer dwindled away and I got more interested in the golf course maintenance side of it all.

"But I was there almost a year before I even got a shot of a mower. Once you started getting on the machinery, everything changed."

There has, too, been a huge buzz associated with hosting tournament golf throughout his time at Gleneagles.

"When I first started, there was still the pro-celebrity golf," he said. "But 1987 was the first of the Scottish Opens coming, the bigger televised events."

"Tented villages were coming on site. At the time I think the Bell's Scottish Open was the third biggest tournament on the European Tour. You had all the top pros coming in - Seve Ballesteros, Nick Faldo, Ben Crenshaw - so it was a huge tournament."

"It was great to be involved in that and see the actual golf course being presented on the television. I have always found tournament golf really enjoyable."

When 2014 rolled around, the spotlight intensified on the fairways of Gleneagles when the Ryder Cup welcomed thousands from across the globe to the Perthshire hills.

Scott and the team had learned the PGA Centenary Course would host the biennial showpiece between Europe and the USA 13 years earlier.

"It is the biggest golfing event in the men's game," Scott told the Perthshire Advertiser. "We had started altering golf holes, building greens and changing areas on the course."

"We planned for the worst case scenario, but we ended up getting perfect weather. Everyone got stuck in and did a tremendous job."

"Our team of greenkeepers wasn't big enough to set up the golf course, so we needed volunteers and brought a lot of former Gleneagles guys back in."

Scott added: "We had the biggest sporting event for men, then were told we were hosting the Solheim Cup in 2019. I'm not sure if there is anywhere else that has done both.

"It's a great achievement and terrific for everyone involved at Gleneagles."

The Ryder Cup and Solheim Cup experiences will live long in the memory but, when the dust settled, there was no time to down tools.

Maintaining and building on high standards was paramount. That has been achieved, but the past few months have been strange times for golf.

The COVID-19 pandemic resulted in the closure of courses across the country in March and only now is there a real sense of normality returning.

While it has proved a "tough" period for those in the industry, Scott is now looking forward to building on his own and Gleneagles' success story.

"Golf courses are there to be played and you want golfers out on them," he said. "When this all happened, the paramount importance was safety."

"Now we're getting back to a little bit of normality and four-balls are coming back in. Hopefully the visitors will come back as well."

"I'm enjoying what I'm doing and we'll see where it goes next."

"The good thing about working at Gleneagles is that there is always a new challenge."